PM Modi on a two-day visit to Gujarat and Tamil Nadu from today, will give a gift of Rs 1 thousand crore to the home state

These projects will greatly benefit the local farmers and milk producers and increase their income. It will also boost the rural economy of the region. 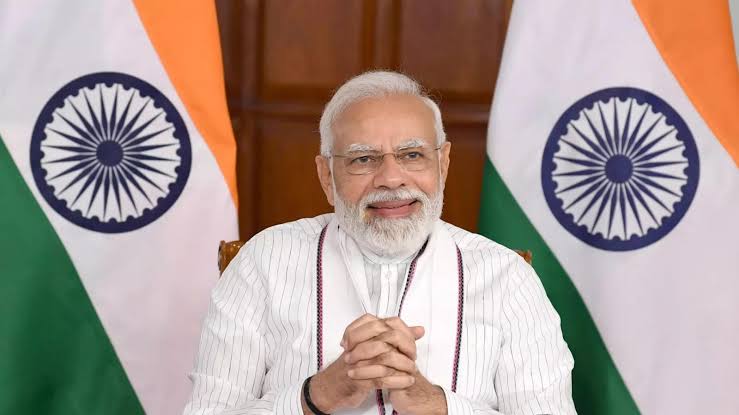 PM Narendra Modi is on a two-day visit to Gujarat and Tamil Nadu from today, July 28. He will launch and lay foundation stones of several development projects during his visit to his home state of Gujarat. According to the PMO, Prime Minister Modi will lay the foundation stone of projects worth Rs 1,000 crore of Sabar Dairy located at Gandhoda Chowki in Sabarkantha of the state on July 28 at 12 noon. Let us inform that the capacity of this dairy is about 1.20 lakh tonnes per day.

PM Modi will inaugurate a powder plant at Sabar Dairy with a capacity of about 120 million tonnes per day MTPD. The total cost of this entire project is more than Rs 300 crore. According to the PMO, this plant with almost zero emissions consumes very little energy. It is also equipped with a new and fully automatic bulk packing line. PM Modi will also inaugurate the Aseptic Milk Packaging Plant at Sabar Dairy. Apart from this, he will also lay the foundation stone of the Saber Cheese and Whey Drying Plant project.

He will be on a tour of Tamil Nadu on Thursday 29 July. According to a statement issued by the PMO, PM Modi will reach Chennai on Thursday to inaugurate the 44th International Chess Olympiad and attend the convocation ceremony of Anna University on July 29. During this, tight security and surveillance is being kept there.

In the midst of the upcoming assembly elections in Gujarat, PM Modi has been continuously visiting Gujarat in recent times. He had also gone on a Gujarat tour last month. Even before this he visited Gujarat. During each of his visits, he has given the gift of development works. Anyway, the aim of the Modi government has been to develop the Gujarat model in the country. The BJP along with other parties has also geared up for the upcoming assembly elections in Gujarat. Meanwhile, PM Modi also visited Gujarat last month. He then visited his mother on her 100th birthday during the tour. Prime Minister Narendra Modi had visited Gujarat last month. He inaugurated and laid foundation stones of various projects costing more than Rs 21000 crores. His mother Hiraben Modi turned 100 yesterday on 18 June. Then he went home in the morning and met his mother and took blessings by touching her feet.