At the same time, after this painful accident, Prime Minister Narendra Modi has canceled the road show to be held on Monday. 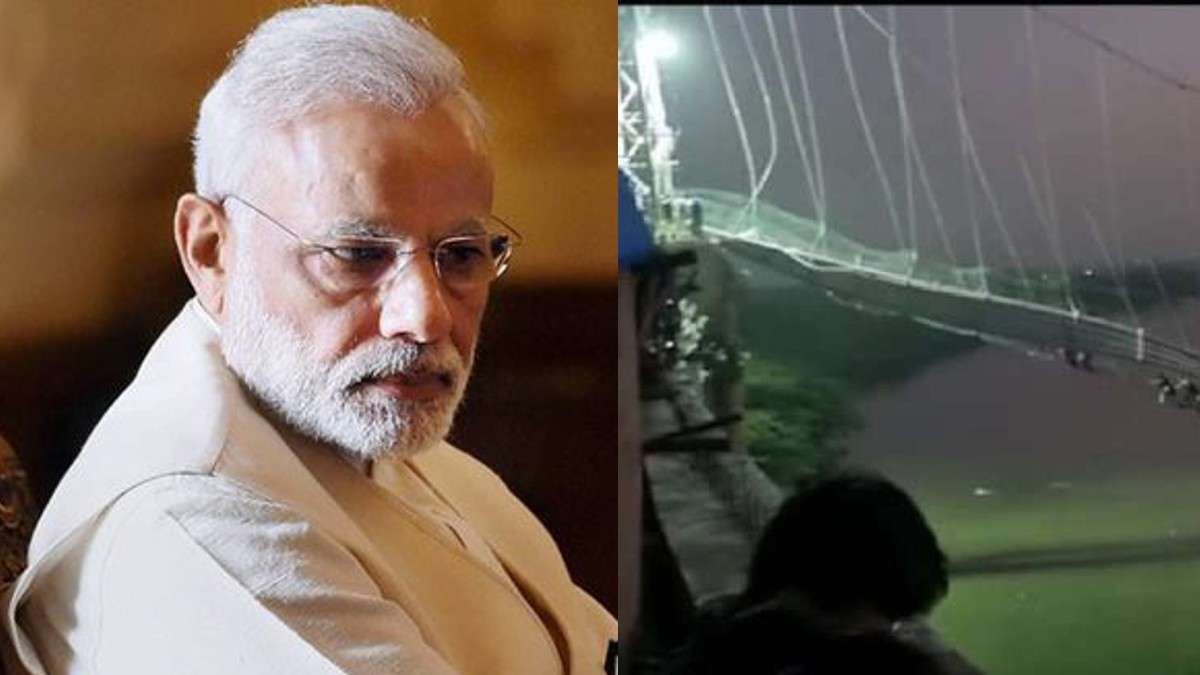 Everyone is saddened after the tragic accident that took place on Sunday evening in Morbi city of Gujarat. So far 132 people have died in the accident. Hundreds of people are injured. The injured are being treated in the hospital. Relief and rescue operations are underway at the accident site. Eight columns of the Army are engaged in the rescue operation. So far 177 people have been rescued. 2 teams of NDRF are engaged in relief and rescue work. Army, Airforce and Navy are continuously doing relief work.

At the same time, after this painful accident, Prime Minister Narendra Modi has canceled the road show to be held on Monday. Let us tell you that PM Modi was on a tour of Gujarat on the first Sunday itself. Yesterday he participated in the program in Vadodara. At the same time today PM Modi was to take part in a road show in Ahmedabad. Along with this, he was also to participate in many other programs, which have been cancelled. Apart from this, the page committee program of PM Modi to be held in Gandhinagar on November 1 has also been postponed. At the same time, it is being claimed in many media reports that Prime Minister Modi can go to Morbi and take stock of the situation.

Earlier, Prime Minister Modi expressed grief over the accident caused by the collapse of the bridge in Morbi. The Prime Minister's Office (PMO) tweeted that Modi has spoken to Gujarat Chief Minister Bhupendra Patel and other officials in this regard. Modi asked for immediate deployment of rescue teams for relief and rescue operations. He has announced an assistance of Rs 2 lakh each from PMNRF (Prime Minister's National Relief Fund) for the next of kin of those who lost their lives in Morbi accident and Rs 50,000 for the injured.