According to the US administration, a variety of global issues ranging from the COVID-19 challenge to the economic crisis and climate change will be discussed. 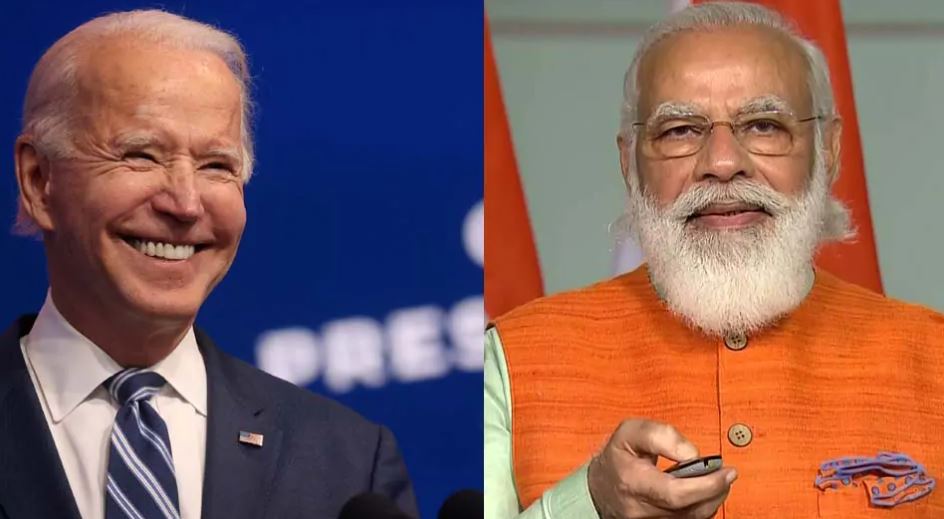 Today Prime Minister Narendera Modi meets US president Joe Biden, in his first virtual screen after Biden became the President. Though they had a “long conversation” earier over the telephone on February 20, this year, after the former took his coveted chair.

The meeting has been called upon Australian Prime Minister Scott Morrison for for important Quad nations – US, India, Australia and Japan an informal 'Quadrilateral Security Dialogue'. This is first virtual meeting of four top leaders of these nations due to Covid-induced restrictions and cautions over the travel, leading to waste of time, unnecessarily.

The Minister of External Affairs, issued a press statement stating, "Prime Minister Narendra Modi will be participating, along with Prime Minister of Australia Scott Morrison and Prime Minister of Japan Yoshihide Suga and President of USA Joseph R. Biden, in the first Leaders' Summit of the Quadrilateral Framework, being held virtually on March 12."

While the White House Spokesperson Jen Psaki announced earlier this week, "Friday will be the first time Quad is meeting at the leaders level. US President Biden has made it one of his earliest multilateral engagements. It speaks the importance we place on close cooperation with our allies and partners in Indo-Pacific."According to the US administration, a variety of global issues ranging from the COVID-19 challenge to the economic crisis and climate change will be discussed.

The first Leaders' Summit of the Quadrilateral Framework is expected to discuss a host of current issues too, from the COVID-19 pandemic to regional crises. MEA also confirmed on Tuesday said that the leaders will discuss regional and global issues of shared interest, and exchange views on practical areas of cooperation towards maintaining a free, open and inclusive Indo-Pacific region.

This is interesting to note that earlier the meeting was said to be held to discuss “Chinese influence” mainly, as the four nations’ trade has been affected due to China’s alleged arbitrary policies, now the nations are issuing statements that the meeting would discuss issues pertaining to covid and other issues apart from g cooperation in the Indo-Pacific regions. Labelled ‘Asian NATO', China's growing influence has been a cause of concern, hence the topic of the debate for Quad nations. Notably, previously, the US administration under Donald Trump had shown keen interest in formalising the Quad meeting to counter Chinese aggression. Taking this in cue, this meeting assumes importance, as Joe Biden’s first priority.

Notably, the Prime Minister Narendra Modi had recently had a lengthy telephonic conversation with Japan's Yoshihide Suga. "We exchanged views on contemporary global challenges and agreed to further enhance our cooperation in the Indo-Pacific region," PM Modi had tweeted.

To the uninitiated, Quad was initiated as a dialogue in August 2007 by then Prime Minister Shinzo Abe of Japan on "seas of freedom and prosperity", with the support of Prime Minister Manmohan Singh, Vice President Dick Cheney of the US and Prime Minister John Howard of Australia. The dialogue was paralleled by the signing of the Japan-Australia Joint Declaration on Security Cooperation in March 2007, and joint military exercises between the United States, India, Japan, and Australia. It was titled Exercise Malabar. In September in the same year, the diplomatic and military arrangement was widely viewed as a response to increased Chinese economic and military power. Notably, the Chinese government had also responded to the forum by issuing formal diplomatic protests to its members.

This is important to note that PM Modi has worn his signature saffron hued jacket while having a formal meeting with the President today, making a statement about his ideal and idea of India, while the US president wears his formals.