PM Modi in Hyderabad - KCR government is involved in corruption, this time BJP will bring change

The Prime Minister said that our country has seen how corruption becomes the face of political parties dedicated to one family. 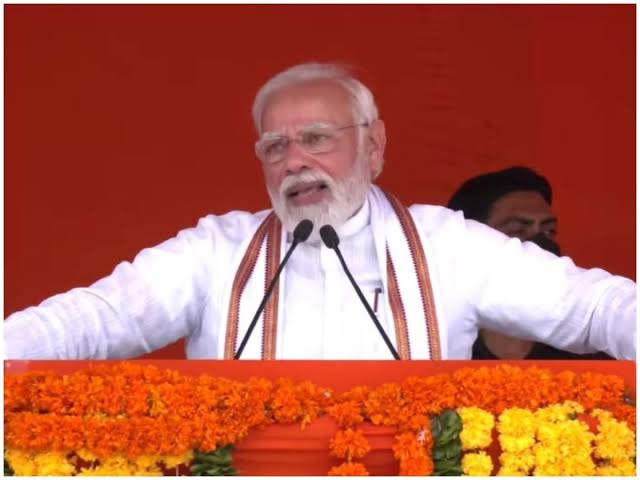 In Telangana, PM Modi has made a big attack on the opposition. Addressing BJP workers, the PM took a jibe at 'familywadi' parties. He said that these parties are not just a political problem but the biggest enemy of our country's democracy and youth.

The PM further said that 'family' parties think only about their own development. These parties don't care about poor people, their politics is focused on how a family can stay in power and loot as much as they can.

The PM further said that when it comes to technology, this thing can never be completed without the capability of Telangana and its youth. Telangana needs a progressive and honest government to make full use of these capabilities. The Prime Minister said that only BJP can give this government. He said that the victory of BJP in different elections in the past is a clear indication that people in Telangana have now made up their mind for change. Now BJP is sure to come in Telangana.