PM Modi in Bangladesh, Celebrating the 50th Year of Liberation

On the invitation of Prime Minister Sheikh Hasina, Prime Minister Narendra Modi is scheduled to visit Bangladesh to participate in the neighbouring country’s National Day celebrations on 26th March. 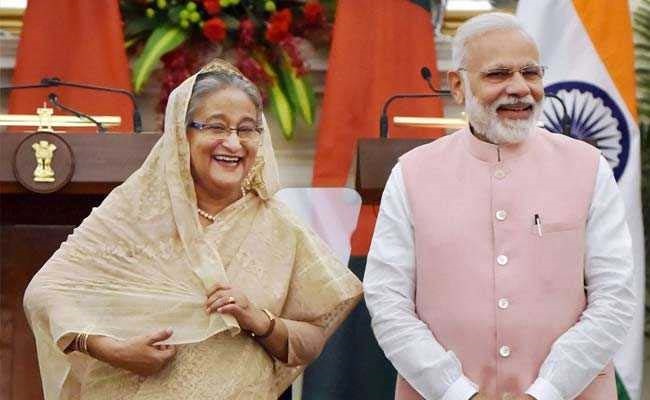 On Thursday, Prime Minister Narendra Modi announced his first foreign trip after the onset of the Covid-19 outbreak to Bangladesh this week to underline India’s support for the neighbouring country’s economic and developmental achievements.

A day ahead of PM Modi two-day visit, a statement was released that: "I am happy that my first foreign visit after the onset of the Covid-19 pandemic will be to our friendly neighbouring country, with which India shares deep cultural, linguistic and people-to-people ties." The Prime Minister is scheduled to visit Bangladesh on the invitation of his counterpart Sheikh Hasina to attend the celebration of the country's 50th year of liberation, which will also commemorate the birth centenary of “Bangabandhu” Sheikh Mujibur Rahman, the father of the nation of Bangladesh, on 26th March.

“My visit will not only be an occasion to convey appreciation for Bangladesh’s remarkable economic and developmental strides under Prime Minister Sheikh Hasina’s visionary leadership, but also to commit India’s abiding support for these achievements,” he said. “I will also express India’s support and solidarity for Bangladesh’s fight against Covid-19,” he added.

In addition to the participation in the country's National Day celebration, PM Modi is also set to offer prayers at the Jashoreshwari Kali Temple. Notably, the tour comes amid the current season of pool campaigns in West Bengal and Assam Assembly polls. While BJP is expecting to replace the Mamata Banerjee-led Trinamool Congress regime in Kolkata, it is fighting to retain power in Guwahati.

Further, in the next two days, both states, West Bengal and Assam are likely to follow the developments in Bangladesh for several reasons, including matters like illegal immigration and culture.