PM Modi gave four mantras to the IITians for their workplaces

Prime Minister Narendra Modi has asked the fresh IIT graduates to recognize the needs of the country and connect with the changes on the ground. 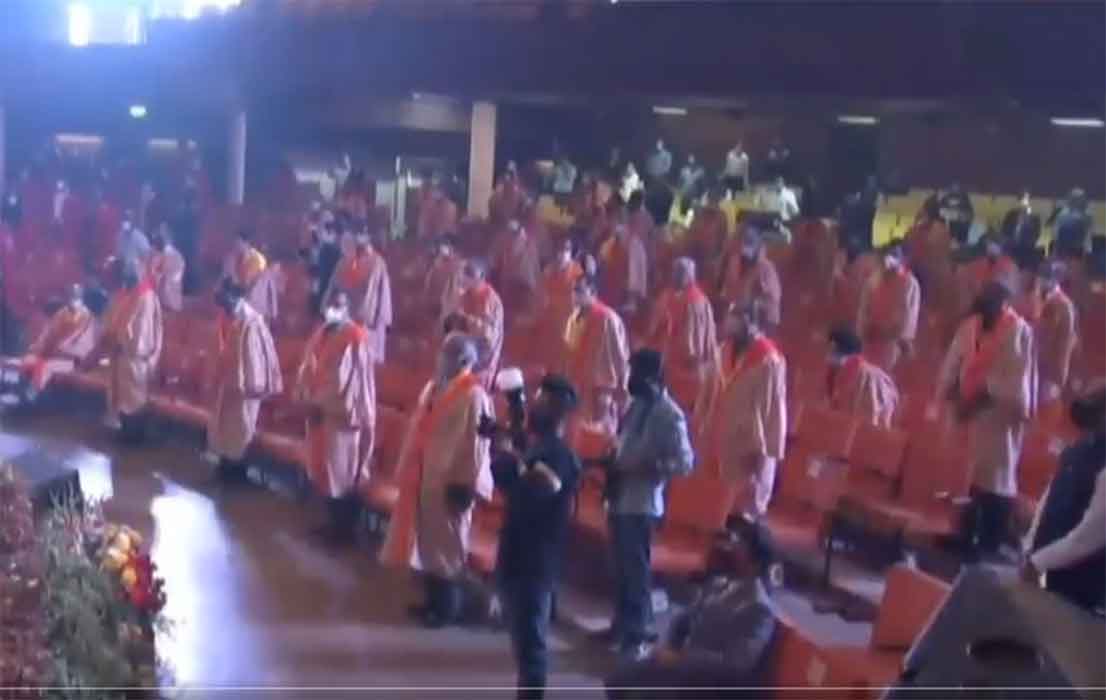 Prime Minister Narendra Modi has asked the fresh IIT graduates to recognize the needs of the country and connect with the changes on the ground.

He also asked them to identify with the aspirations of the common people in the context of Atamnirbanar Bharat. The Prime Minister was addressing the 51st Annual Convocation Ceremony of IIT Delhi as Chief Guest via video conferencing, here on November 7.

The Prime Minister gave four mantras to the students for their workplace,

Focus on quality; never compromise.
Ensure scalability; make your innovations work at a mass scale.
Assure reliability; build long-term trust in the market.
Bring in adaptability; be open to change and expect uncertainty as a way of life.

He said working on these basic mantras will bring shine on one’s identity as well as on-brand India since students are India's biggest brand ambassadors. He remarked the work of the students will give global recognition to the country's product and will accelerate the efforts of the country.

"The country will give you 'ease of business' you just work for 'ease of living' of the people of this country," Modi said.

He explained that this has been the thought process behind the major reforms that have been done in almost every sector in the recent past. He listed the sectors where opportunities have been created for innovation and new start-ups for the first time due to the reforms.

The Prime Minister said Other Service Provider (OSP) guidelines have been simplified and restrictions have been removed recently, which would reduce the Burden of Compliance for BPO Industries.

The Prime Minister said today India is among the countries where corporate tax is the lowest. More than 50 thousand startups have started in India since the Start-up India campaign. He listed the outcome of the Government’s efforts with respect to promoting startups like the 4 fold increase in the number of patents in the country in the last five years, a 5-fold increase in trademark registrations.

He said over 20 Indian unicorns have been established over the years and this number would increase further in the next one or two years.