During the campaign he committed to deepen India-Australia economic, strategic and people-to-people. 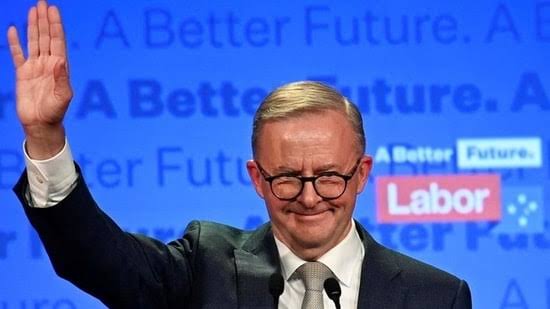 Prime Minister Narendra Modi has congratulated the newly elected Prime Minister of Australia, Anthony Albanese. Congratulating him through a tweet, he said that he looks forward to further strengthening our Comprehensive Strategic Partnership and working towards shared priorities in the Indo-Pacific region.

In the elections held in Australia, Prime Minister Anthony Albanese has been elected. According to Australian High Commissioner to India Barry O'Farrell, Anthony is no stranger to India. Taking to Twitter today, the High Commissioner said that the Labor Party leader had traveled to New Delhi as a backpacker in 1991 and led a parliamentary delegation in 2018.

Tonight I spoke to the Leader of the Opposition and incoming Prime Minister Anthony Albanese, and I congratulated him on his election victory, Marison told his supporters. He also said that he would stand as leader of the Liberal Party.

Anthony Albanese thanks people for voting for him. He tweeted that thanks Australia. Tonight the Australians have voted for change. The election result marks the end of the coalition's nearly nine-year hold on power and Morrison's term as prime minister. Marison became prime minister in 2018.