Prime Minister Narendra Modi has congratulated Joe Biden on winning the US election and said that he looks forward to working closely together. 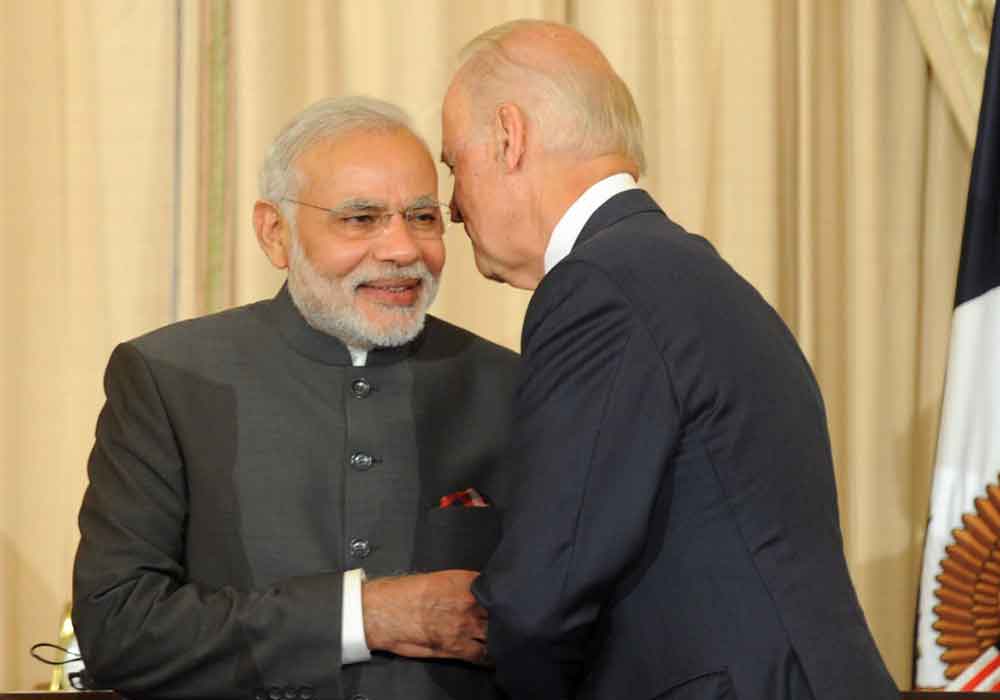 Prime Minister Narendra Modi has congratulated Joe Biden on winning the US election and said that he looks forward to working closely together.

PM Modi tweeted, "Congratulations @JoeBiden on your spectacular victory! As the VP, your contribution to strengthening Indo-US relations was critical and invaluable. I look forward to working closely together once again to take India-US relations to greater heights."

He also called Vice President Kamala Harris' victory pathbreaking and hoped that India-US ties would get even stronger with her support.

"Heartiest congratulations @KamalaHarris! Your success is pathbreaking, and a matter of immense pride not just for your chittis, but also for all Indian-Americans. I am confident that the vibrant India-US ties will get even stronger with your support and leadership."

Biden has been elected as the 46th president of the United States. He served as Vice President from 2008 to 2016 under Barack Obama’s Presidentship. At the age of 77, he is the oldest President in the history of the US.

Vice President-Elect Kamala Harris said that the current election was about so much more than @JoeBiden or her.

"This election is about so much more than @JoeBiden or me. It’s about the soul of America and our willingness to fight for it. We have a lot of work ahead of us. Let’s get started," she said.

Biden needed just 270 electoral votes to win but he crossed the majority mark and left his opponent Donald Trump behind.