PM Modi celebrates Diwali with soldiers in Kargil, Says 'Your fireworks are different from our fireworks, and so are the explosions

PM Modi lands in Kargil to spend Diwali with soldiers, says "Army Soldiers are my Family." 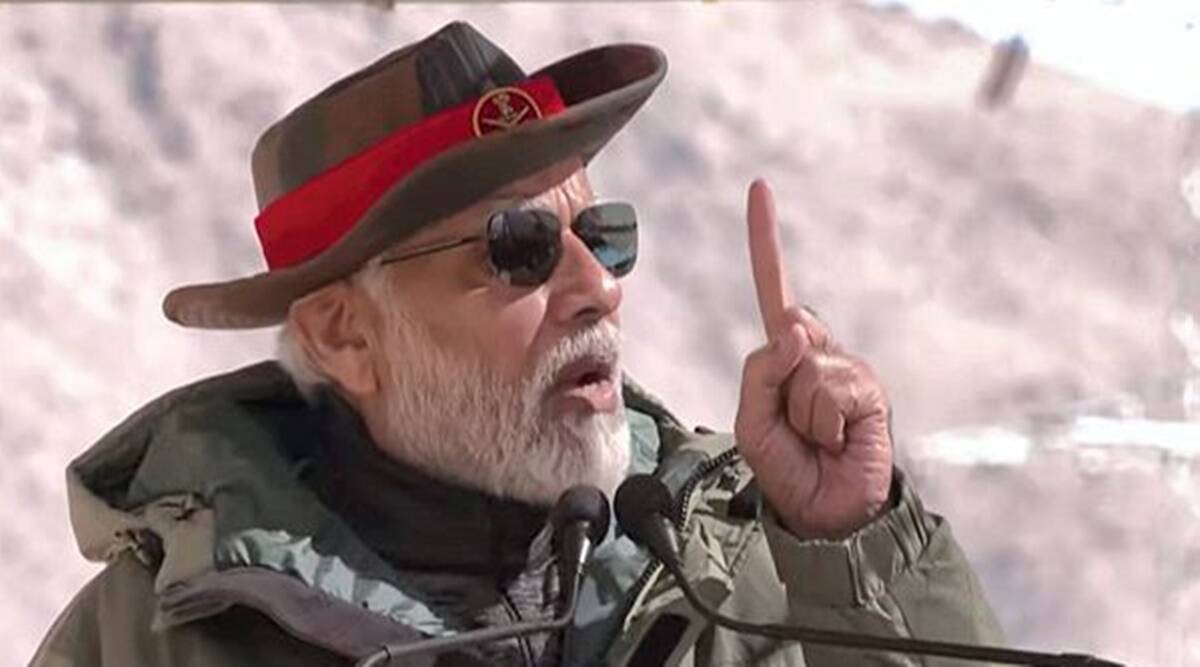 PM Modi told the jawans, 'For years and years, my family is all of you. The sweetness of my Deepawali rises among you, the light of my Deepawali is with you and illuminates my position till the next Diwali. Along with the wonderful stories of bravery, our tradition, sweetness and sweetness are also important. That's why India celebrates its festivals with love. Celebrates by involving the whole world in it.

He also said, "I commend all 3 armed forces who have decided that over 400 types of defense equipment won't be imported but rather be built in India. When our jawans fight with made-in-India weapons, they will not only feel proud but also have an element of surprise to defeat the enemy.

Praising the army further, he said "During the Ukraine war, we saw how our national flag became a shield for our citizens stranded there. India's respect has increased across the world. It's happening because India is standing successfully against its internal & external enemies."

To facilitate the soldiers of this country in realizing their responsibilities, we are developing hi-tech infrastructure in the border areas with seamless connectivity... the induction of women officers will result in the growth of our power, he added.