PM Modi Calls upon IIT students, alumni to share ideas for his speech

PM Modi is going to address a convocation and he wants the students to share their views, comments and suggestions which the PM can highlight by including them in his speech. 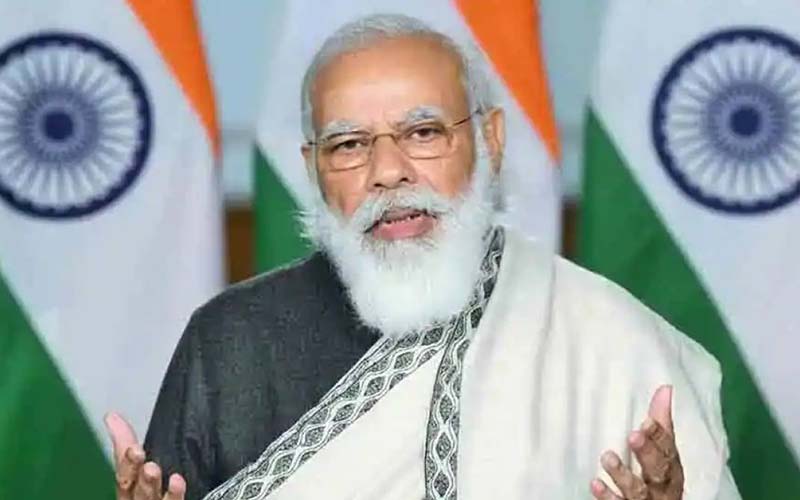 In a significant and student-centring approach, Prime Minister Narendra Modi has asked the student of India Institute of Technology, Kanpur, other IITs India and their alumni to share ideas with them.

PM Modi is going to address a convocation and he wants the students to share their views, comments and suggestions which the PM can highlight by including them in his speech.

According to a press note issued by the Prime Minister's Office in Delhi, “The Prime Minister, Shri Narendra Modi will be addressing the convocation ceremony of IIT, Kanpur on Tuesday, 28th December 2021. Shri Modi has called upon students of IIT-Kanpur, other IITs and the vast IIT alumni network spread globally to share ideas for the Prime Minister's speech.”

The release referred to a tweet of the Prime Minister which said, “I look forward to being at @IITKanpur on the 28th of this month to address the convocation ceremony. This is a vibrant institution, which has made pioneering contributions towards science and innovation. I invite everyone to share suggestions."

This is not the first time that the Prime Minister has asked people to share their views, suggestions and ideas. This is his very unique way in which he often asks people, who he goes to address, to share things that concern them so that PM Modi can highlight these on a bigger platform.

He always asks people to give him suggestions and ideas for his radio show Mann Ki Baat, which is one the most popular and widely-appreciated programmes.