PM Modi said that the initiative will play a big role in the overall development of the state. 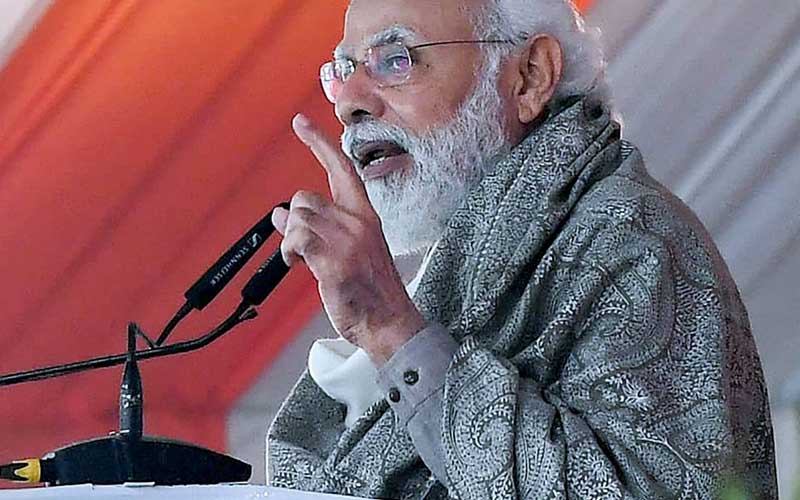 PM Modi said that the initiative will play a big role in the overall development of the state. He also launched key projects such as Mukhyamantri Tripura Gram Samriddhi Yojana and Project Mission 100 of Vidyajyoti Schools.

Those who graced the occasion were the Satyadeo Narain Arya, Governor of Tripura; Biplab Kumar Deb, Chief Minister of Tripura and Union Ministers Jyotiraditya Scindia and Smt Pratima Bhoumik.

“India of the 21st century will move forward by taking everyone along with the spirit of Sabka Saath, Sabka Vikas and Sabka Prayas. Unbalanced development where some states lag behind and people deprived of even some basic facilities is not good. This is what the people of Tripura have seen for decades,” PM Modi said.

PM Modi also recalled a time when corruption was rampant in the governance and there was no vision or intention of development of the state.

“The current regime came up with the Mantra of HIRA - H to Highway, I to Internet way, R to railways and A to Airways for improving the connectivity in Tripura. Today Tripura is strengthening and expanding its connectivity on the basis of the HIRA model,” PM Modi said.

Talking about the new Airport, he said, “The airport is a blend of Tripura’s culture, natural beauty and modern facilities. The airport will play a big role in enhancing air connectivity in the North East.”