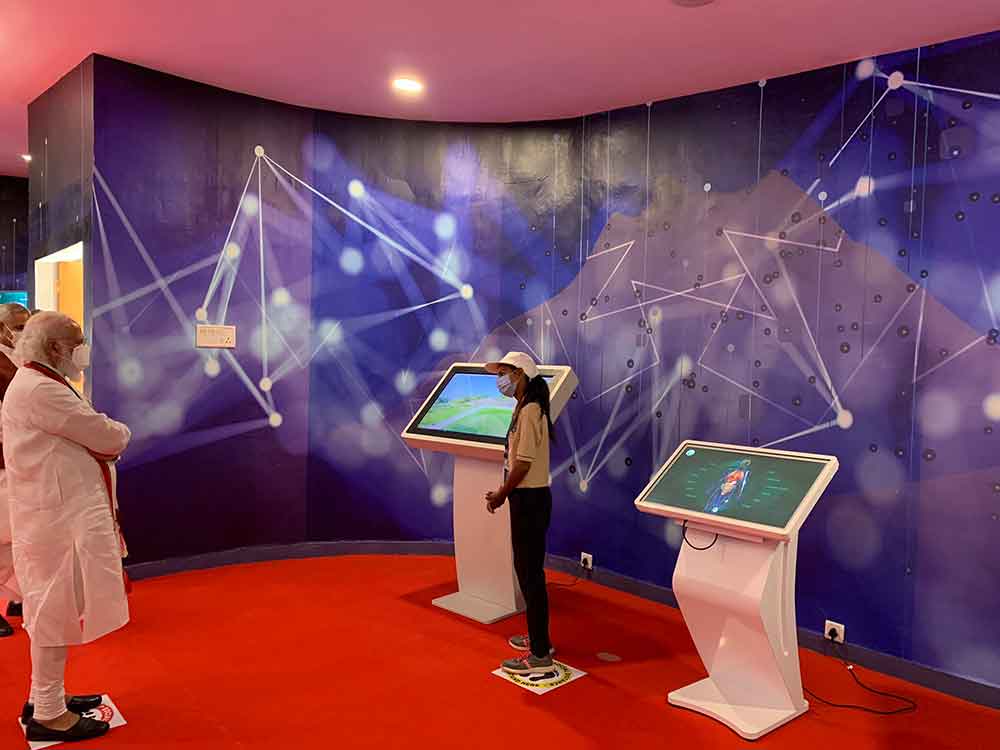 Arogya Van has 5 lakh plants of 380 different species spread over an area of 17 acres. Arogya Kutir has a traditional treatment facility named Santhigiri wellness centre which will provide healthcare based on Ayurveda, Siddha, Yoga and Panchakarma.

The Mall displays a diverse range of handicrafts and traditional items from all over India symbolizing unity in diversity and is spread over 35000 sq ft. The mall consists of 20 Emporia each representing a specific state in India and is built in just 110 days.