PMJDY was announced by Prime Minister, Narendra Modi, in his Independence Day address on 15th August 2014. While launching the programme on 28th August, the Prime Minister had described the occasion as a festival to celebrate the liberation of the poor from a vicious cycle. 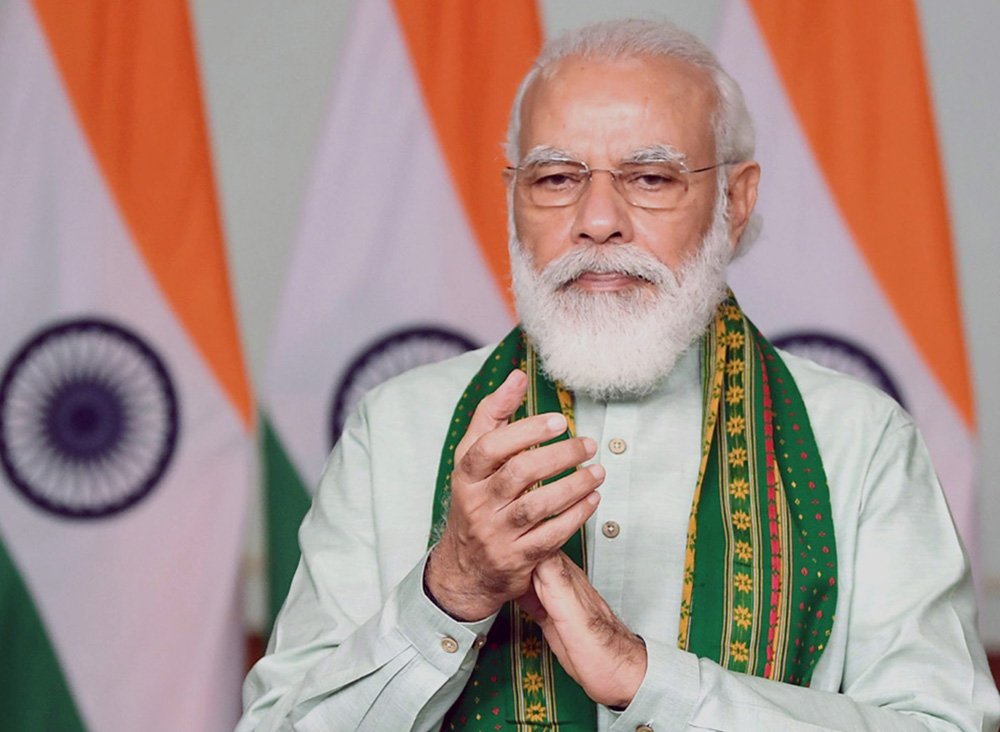 The Prime Minister Narendra Modi expressed happiness over the successful completion of 6 Years of Jan Dhan Yojana. He also applauded all those who have worked tirelessly to make PM-JDY a success.

The Prime Minister said, "Today, six years ago, the Pradhan Mantri Jan Dhan Yojana was launched with an ambitious aim of banking the unbanked. This initiative has been a game-changer, serving as the foundation for many poverty alleviation initiatives, benefitting crores of people."

"Thanks to the Pradhan Mantri Jan Dhan Yojana, the future of several families has become secure. A high proportion of beneficiaries are from rural areas and are women. I also applaud all those who have worked tirelessly to make PM-JDY a success."

Ministry of Finance, in a press release, also said that it is committed to provide financial inclusiveness and support to the marginalized and hitherto socio-economically neglected classes.

"Financial Inclusion is a national priority of the Government as it is an enabler for inclusive growth," it said.

It furtehr added, "It is important as it provides an avenue to the poor for bringing their savings into the formal financial system, an avenue to remit money to their families in villages besides taking them out of the clutches of the usurious money lenders. A key initiative towards this commitment is the Pradhan Mantri Jan Dhan Yojna (PMJDY), which is one of the biggest financial inclusion initiatives in the world."

PMJDY was announced by Prime Minister, Narendra Modi, in his Independence Day address on 15th August 2014. While launching the programme on 28th August, the Prime Minister had described the occasion as a festival to celebrate the liberation of the poor from a vicious cycle.

On the 6th Anniversary of PMJDY, Union Minister for Finance & Corporate Affairs, Nirmala Sitharaman reiterated the importance of this Scheme.

“The Pradhan Mantri Jan Dhan Yojana has been the foundation stone for the Modi government’s people-centric economic initiatives. Whether it is direct benefit transfers, COVID-19 financial assistance, PM-KISAN, increased wages under MGNREGA, life and health insurance cover, the first step was to provide every adult with a bank account, which PMJDY has nearly completed.” she said

Minister of State for Finance & Corporate Affairs, Anurag thakur also expressed his thoughts for PMJDY on this occasion.

He said “Under the leadership of Prime Minister Narendra Modi, PMJDY has brought the unbanked into the banking system, expanded the financial architecture of India and brought financial inclusion to over 40 crore account holders. A majority of the beneficiaries are women and most of the accounts are from rural India."

"In today’s COVID19 times, we have witnessed the remarkable swiftness and seamlessness with which DBTs have empowered and provided financial security to the vulnerable sections of society. An important aspect is that DBTs via PM Jan Dhan accounts have ensured every rupee reaches its intended beneficiary and prevented systemic leakage,” he added.