Piyush Jain released from Kanpur jail after 254 days, Rs 196 crore and 23 kg gold were found in the walls of the house

Former district government advocate Piyush Shukla said that the report was sent to the court after verification on Tuesday on behalf of the bank, after which Piyush Jain was expected to be released on Wednesday. 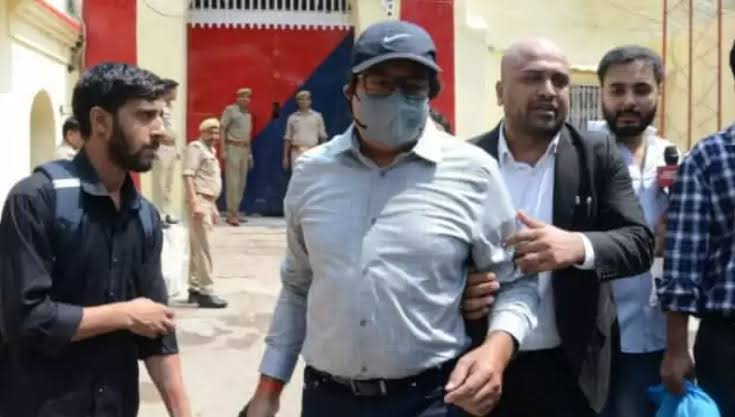 After the recovery of Rs 196 crore and 23 kg of foreign gold in Kannauj and Kanpur, perfume trader Piyush Jain, who was jailed, was finally released 254 days. He has come out of jail after eight months, although he was to be released two days ago, but due to delay in verification of documents, he could come out of jail on Thursday. After the order of the court, the wife and son, given in lieu of bail, submitted bonds of ten lakhs each, whose verification was completed on Tuesday.

The team of Directorate General of GST Intelligence (DGGI) Ahmedabad raided the residence of perfume trader Piyush Jain Piyush Jain Case Kanpur at Anandpuri and firm in Kannauj on 23 December 2021. In the raids that lasted for four days, more than Rs 196 crore was recovered from both the places. Also 23 kg of foreign stamped gold and 600 liters of sandalwood oil were recovered. Two cases were registered against Piyush and he was sent to jail on December 27. In one case, the first and second got bail from the lower court a few days back.

In favor of bail of perfume businessman Piyush Jain Piyush Jain Bail News, the lower court had ordered his release on two bonds of ten lakh rupees each. After which Piyush's wife Kanta Jain and son Priyansh Jain had filed an FD of ten lakh rupees each. The court had given orders to get the FD verified on Friday. Former district government advocate Piyush Shukla said that the report was sent to the court after verification on Tuesday on behalf of the bank, after which Piyush Jain was expected to be released on Wednesday.