Photo of suspects of Kanpur violence surfaces, Police releases photos of over 40 miscreants 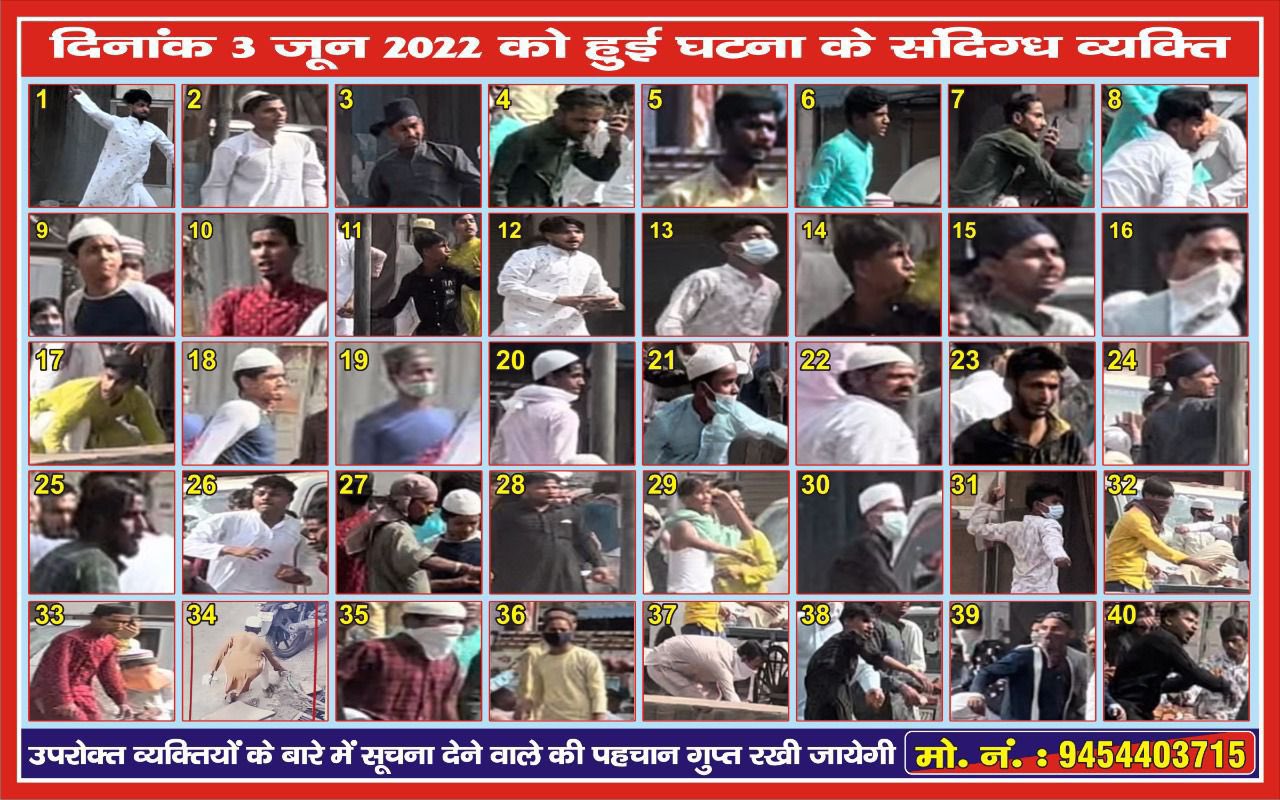 The first poster of suspected miscreants who committed violence on June 3 in Kanpur has been released. Photos of 40 accused have been given in this poster. According to the police, all of them are accused of spreading riots in the Nai Sadak area of ​​the city. Police are making efforts to arrest them by making this poster viral through social media.

The police have said that the name of the person who informed them will be kept secret. Similar posters of other accused will be released soon. The perpetrators of the violence were identified by taking out the CCTV footage installed on the new road and then it has been released in the form of a poster to make them aware of their names and address.

In Kanpur, since the morning of June 3, there was an uneasy silence in Beconganj. Most of the shops in the area, belonging to the Muslim community, were kept closed, but some Hindu shopkeepers in the market near the Yatimkhana had opened.

At 1:45 pm, Friday prayers were offered at the mosque near the Yatimkhana. After namaz around 2.30, people came out and started forcibly closing the open shops directly in the market. When the Hindu shopkeepers refused to close the shops, some chaotic elements among the people first entered Chandeshwar's house and started pelting stones. After which the atmosphere of the whole area deteriorated. Meanwhile, some mischievous elements involved in the crowd fired with pistols.

The incident which started at the market by 3 pm had now turned into a ruckus. Seeing it, about one thousand people gathered at the parade intersection. After the riots started, the situation quickly became uncontrollable. The police could not take action by entering the narrow streets.