According to the White House, the US and Philippines' National Security Advisors reviewed their mutual reservations about the latest grouping of People's Armed Forces Maritime Militia vessels at Whitsun Reef. 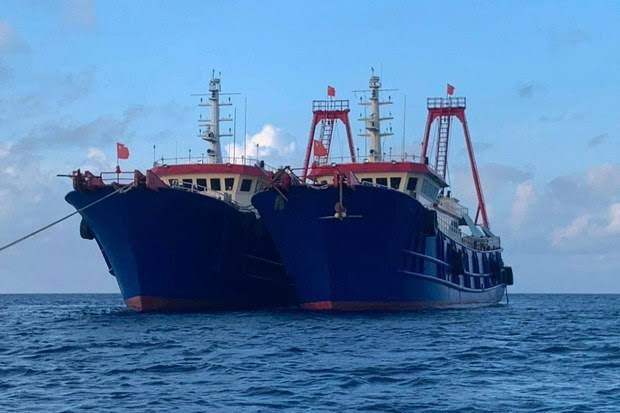 The Philippines has cautioned Beijing that if Chinese vessels thought to be part of a "maritime militia" do not quit the disputed South China Sea regions, it will face a torrent of diplomatic protests leading to worsening the bilateral conflict.

The presence of Chinese vessels according to Philippine Defence Secretary Delfin Lorenzana is a "simple provocation." The foreign ministry accused China of infringing on its sovereignty and asked that the ships leave the region.

Lorenzana accused the Chinese of expansionist motives, “"The continued presence of Chinese maritime militias in the area reveals their intent to further occupy (areas) in the West Philippine Sea." He further added, “I am no fool. The weather has been good so far, so they have no reason to stay there."

The statements come following repeated calls by Philippines to China to vacate the Whitsun Reef which forms an exclusive Philippine economic zone where more than 200 Chinese vessels are parked according to Philippine patrol intelligence.

According to the White House, the US and Philippines' National Security Advisors reviewed their mutual reservations about the latest grouping of People's Armed Forces Maritime Militia vessels at Whitsun Reef.

US Secretary of State, Anthony Blinken tweeted in support of Philippines, "The United States stands with our ally, the Philippines, in the face of the PRC's maritime militia amassing at Whitsun Reef. We will always stand by our allies and stand up for the rules-based international order."

On Sunday, the Philippine defence secretary accused the Chinese, “"They have done this (occupy disputed areas) before at Panatag Shoal or Bajo de Masinloc and at Panganiban Reef, brazenly violating Philippine sovereignty and sovereign rights under international law."

Chinese embassy based in Manila responded to the accusation and responded by saying, “There is no Chinese Maritime Militia as alleged.” They further clarified, “Chinese fishing vessels have been fishing in its adjacent waters for many years…It has been normal practice for Chinese fishing vessels to take shelter under such circumstances (rough sea conditions).”

Despite a verdict by the Permanent Court of Arbitration that China's maritime claims of the Spratly archipelago being its territory having no legal basis, China continues to believe otherwise.