On Tuesday, a petition was filed in the Supreme Court, alleging "widespread unrest" in the aftermath of the West Bengal assembly elections and asking for President's law, the deployment of central forces, and a retired apex court judge to investigate the "targeted pogrom." 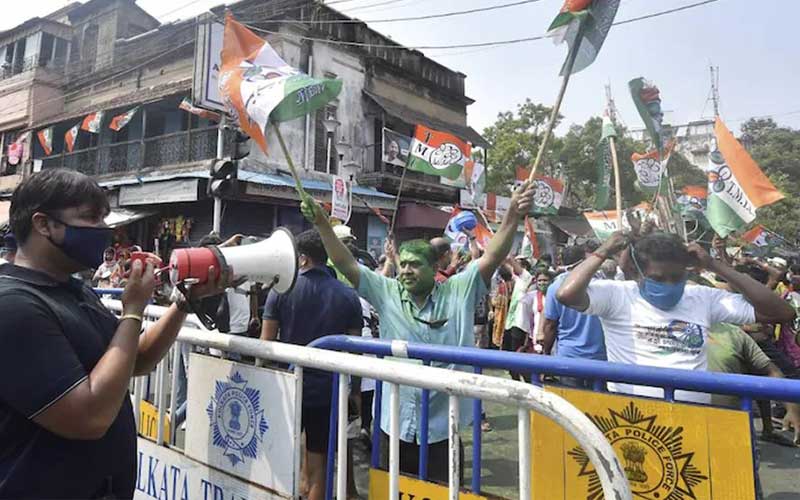 On Tuesday, a petition was filed in the Supreme Court citing "widespread violence" in the aftermath of West Bengal assembly elections, seeking the implementation of President's rule, the deployment of central forces, and an investigation into the "targeted pogrom" by a retired apex court judge.

Earlier in the day, senior advocate and BJP national spokesperson Gaurav Bhatia also petitioned the Supreme Court for a CBI investigation into violent incidents in the state during and after the election.

The Trinamool Congress, led by Mamata Banerjee, swept back to power in West Bengal this week. The new petition was filed by the Tamil Nadu-based 'Indic Collective Trust' through lawyer Suvidutt M S in response to the widespread violence and disruption of law and order in the state as a result of the assembly election. According to police, at least six people were killed in post-election violence in various parts of the state, including one in Kolkata.

TMC-backed goons, according to the BJP, have killed a number of its employees, assaulted female party members, vandalised their homes, looted their stores, and ransacked party offices.

TMC has dismissed the allegations. The petitioner-Trust has asked the Supreme Court to order the deployment of central security forces, including armed forces, to restore law and order in West Bengal.

What is Article 356: "Proclaim that the Constitutional mechanism has broken down in the State of West Bengal within the scope of Article 356 of the Constitution in order for His Excellency the President to take effective action under the said Article," the plea said.

If a state government is unable to operate in accordance with constitutional provisions, the Centre has the authority to take direct charge of the state machinery under Article 356 of the Constitution.

The petition pleaded the court to form a Special Investigation Team (SIT) led by a retired Supreme Court Justice to investigate any involvement of politicians in the alleged targeted pogrom in West Bengal. Indic Collective Confidence also demanded that all persons involved in and responsible for the commission of heinous crimes in the aftermath of the assembly elections be arrested and prosecuted immediately.

It also mandated that a special court be set up or established to adjudicate and dispose of matters relating to the prosecution of political miscreants or any persons involved in the commission of heinous crimes. A day after the ruling party won elections, the BJP said that four of its employees were killed by TMC employees.

According to the petitioner, members and supporters of opposing political parties were violently assassinated, and their homes and personal property were burned.

"There have been cases of horrific crimes such as bombing of localities, murders, violations against women's modesty, riotous looting, abduction, arson, and destruction of public property," as per the plea.

The petition further mentioned allegations of gang rapes and physical assaults on women who support opposition parties in the state. "...miscreants have turned the State into a completely lawless zone," it said, explaining that the violence was a planned and premeditated crime against a specific group of citizens who voted against the ruling party.