Massive protests happened in Ulumuqi Xinjiang China after more than 100 days of zero-covid city lockdown. People are chanting ‘stop lockdown’ and ‘we are human beings’ 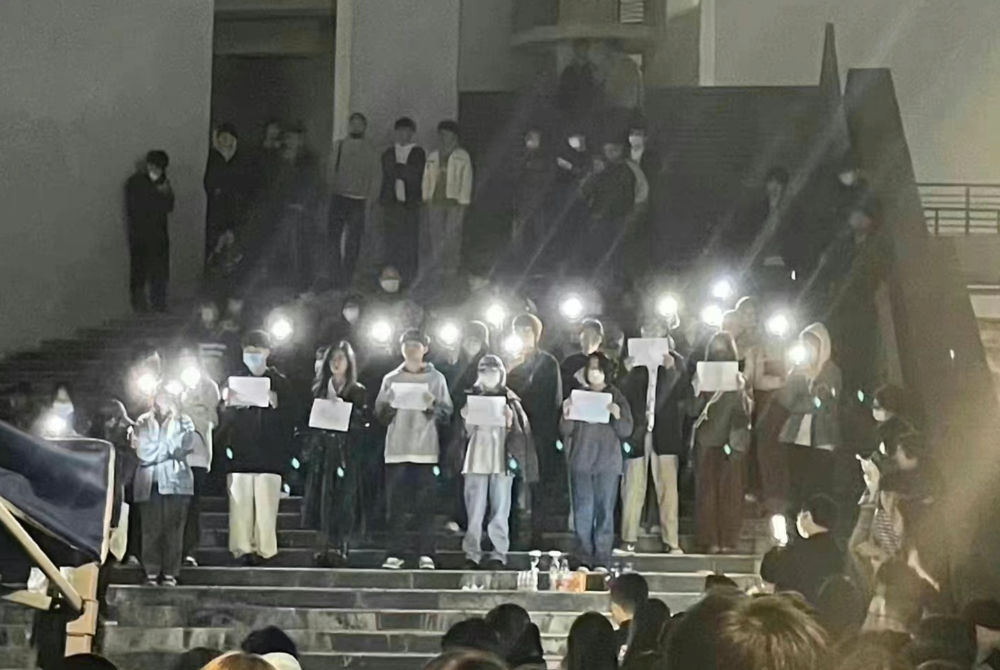 People have come on the road against the zero covid policy in China. These demonstrations, which started in Beijing, have now reached 9 major cities. Police are arresting people from the lathi charge to stop them, but the anger of the people is not ending. People continued to demonstrate on the streets throughout Sunday night.

Corona is increasing continuously in China. On November 27, 40 thousand cases of corona have been reported. This is the biggest figure ever. Now the number of active cases in China has crossed 3 lakh. Due to this, the Xi Jinping government has imposed many restrictions.

66 lakh people are imprisoned in homes due to strict lockdown. These people cannot even go out for food items. Resentment is also increasing due to the daily Covid test. Strict action is being taken against those who are not following the rules of the government.

Zero Covid policy is in force in China for 10 months. There are various restrictions, but anger flared up when a fire broke out on the 15th floor of a building in Xinjiang, China, on 25 November. 10 people died in this accident. Due to the lockdown, the relief could not reach on time. People alleged that the officers were negligent. After this people took to the streets in Beijing and demonstrations started.