Peace and security in SCO region demands a climate of trust and cooperation: Rajnath Singh 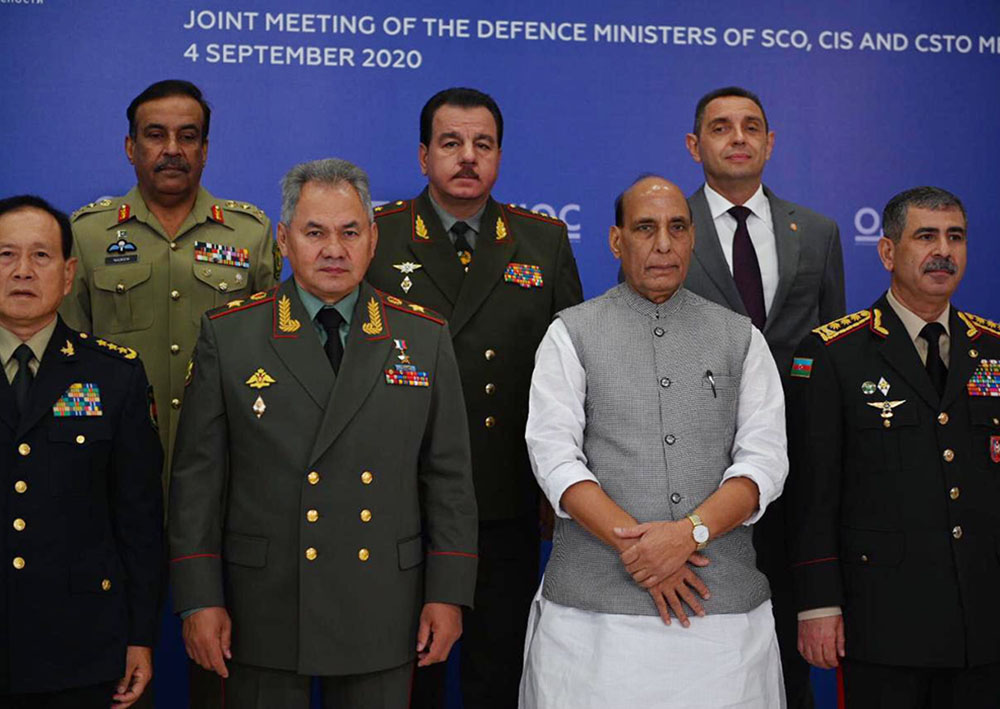 Defence Minister Rajnath Singh, who is on an official visit to Moscow from September 3-5, has emphasised that peaceful, stable and secure region of SCO member states demands a climate of trust and cooperation, non-aggression, respect for international rules and norms, sensitivity to each other’s interest and peaceful resolution of differences."

According to United Nation's The Department of Political and Peacebuilding Affairs (DPPA), "Since its inception in 2001, the SCO has mainly focused on regional security issues, its fight against regional terrorism, ethnic separatism and religious extremism. To date, the SCO’s priorities also include regional development.

"If I may borrow an idea articulated by our Prime Minister in a different context, our goal should be ‘Security and Growth for all in the Region’.” he added.

Referring to the threats faced by the world today, Rajnath Singh said, “We need institutional capacity to deal with both traditional and non-traditional threats – above all, terrorism, drug-trafficking and transnational crime. As you all are aware, India unequivocally condemns terrorism in all forms and manifestations, and condemns its proponents. India values the works of SCO Regional Anti-Terrorism Structure (RATS). We laud RATS’ recent work in the cyber domain to prevent the spread of radicalism and extremism. The adoption of anti-terror measures by the SCO Council to counter extremist propaganda and de-radicalisation is a significant decision.”

Defence Minister expressed his deep concern about the situation in the Persian Gulf Region. He said, “India has vital interests and links of civilisation and culture with all States in the Gulf. We call upon countries in the region – all of which are dear and friendly to India, to resolve differences by dialogue based on mutual respect, sovereignty and non-interference in internal affairs of each other.”

Defence Minister reaffirmed India’s commitment to evolution of a global security architecture which will be open, transparent, inclusive, rules-based and anchored in international laws. Defence Minister thanked Russian Federation for organising the annual anti-terror exercise ‘Peace Mission’, which has contributed to building trust and sharing of experience among Defence Forces.

Rajnath Singh is on an official visit to Moscow from September 3-5 at the invitation of Defence Minister of Russian Federation General Sergei Shoigu.