Telugu film fans thronged these theatres to experience watching the Vakeel Saab trailer which was released on Holi as a gift or token for these fans. 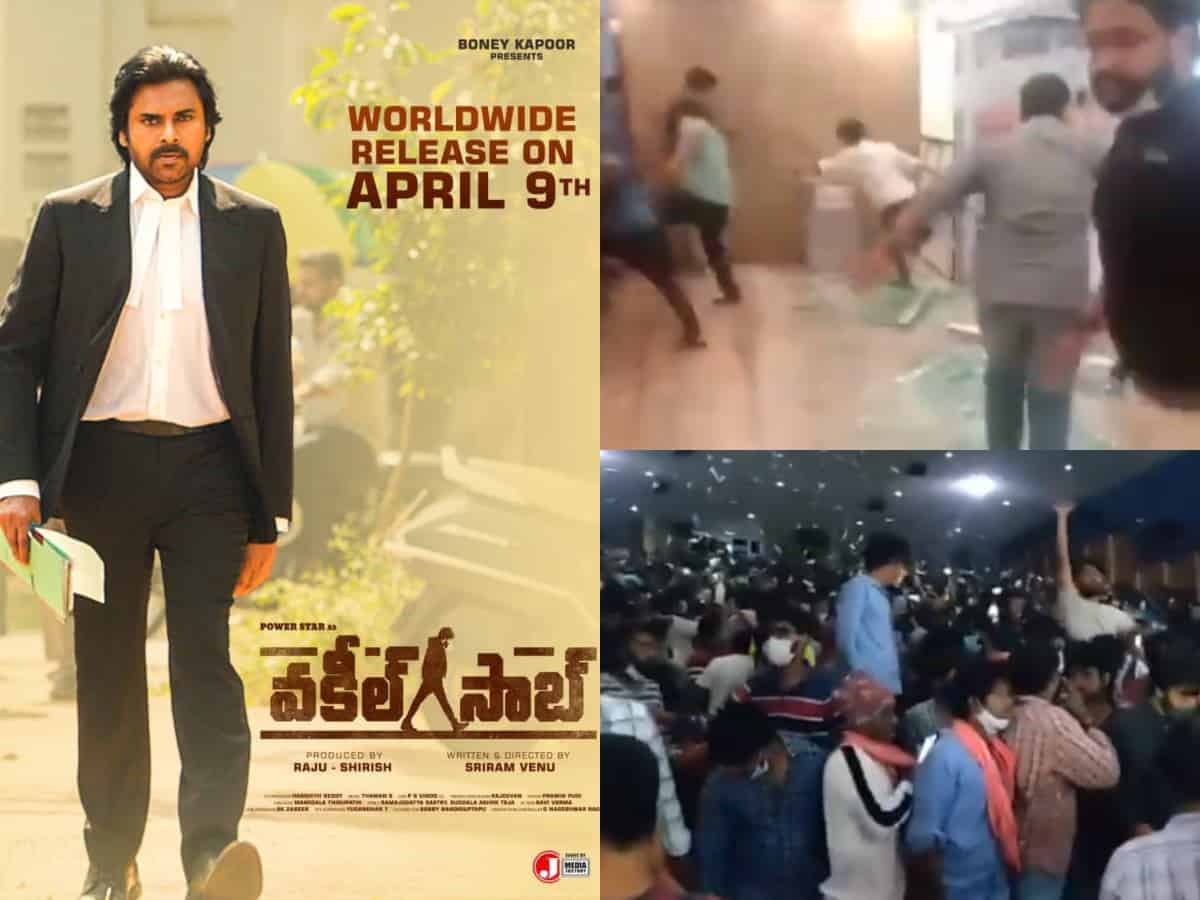 Pawan Kalyan, the Telugu actor turned Jan Sena political leader is all set to mark his return to cinemas after a sabbatical of 3 years with the Telugu remake of Amitabh Bachchan’s Pink called Vakeel Saab. The trailer of the film was set to be released in only a few theatres across Telugu speaking states at around 4pm on Monday.

Telugu film fans thronged these theatres to experience watching the Vakeel Saab trailer which was released on Holi as a gift or token for these fans. Fans reached the theatres hours before the trailer release performed pujas and the ceremony of breaking coconuts.

Things took a different turn in Vizag at the Sangam Sarat theatre where to curb overcrowding and prevent congestion, the theatre management closed the glass door only for it to be shattered by the rowdy fans. A video which has now gone viral shows fans falling on each other after the glass door breaks and continue running inside the theatre to get an opportunity to view Kalyan’s film trailer.

The police mentioned that some 2,000 Kalyan fans thronged the theatre to get inside it.A police inspector informed that all the injuries were minor cuts and first aid was given and things were brought under control.

Shruti Haasan,Nivetha Thomas, Anjali, Prakash Rajand Ananya Nagalla all form the cast of the film Vakeel Saab alongside Kalyan. The protagonist role of lawyer is played by Pawan Kalyan in this film which is directed by Venu Sriram. The film is set for release on April 9 in all theatres.