Parents vs. School while students suffer trauma amid this pandemic 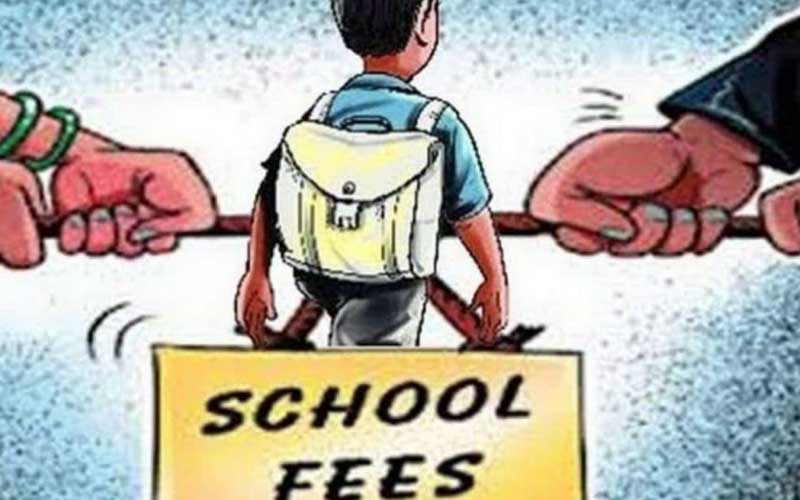 "I don't know where this pandemic will lead us to. I have a total of ₹75000 as pending dues, and my parents are not in a condition to clear it out. Leaving private school and joining government school is only an option left" a student who was recently promoted to class 11 told TNB that her school authorities are forcing them to clear the dues to get class 10th result.

If I had to make a reel trending on Instagram, quoted as "show me you're from India without showing that you're from India," I'll relentlessly show the situation of the Indian education system. The whole world will know that yes, I am an Indian.

Talking to one of the teachers in a private school in Faridabad told that they are not getting paid fairly. School administration is regularly cutting off their salaries, citing a lack of funds and the inability of parents to pay fees. Because of the lockdowns imposed over the past fifteen months, the COVID-19 pandemic has had enormous economic repercussions across sectors. And the education sector is no different, with students having little choice except to plan for online lectures while schools are closed.

According to a case study, a private school in an urban area with around 2600 students profits roughly three crores every year. Wondering how much their fund might have. Despite this, educational institutions continue to levy excessive school fees with no signs of abating. Indeed, some schools increased their fees, putting parents across the country in a difficult situation. Inevitably, the issue of school fee payment sparked a flood of litigation in Indian courts.

9 out of 10 parents claimed that schools are demanding admission fees, including development funds, building funds, library fees, etc. A person with quite normal commonsense can understand tyranny. If students are sitting at their homes, why are they forced to pay funds that are supposed to go into the pockets of stakeholders?

When parents decided to move to the Supreme Court in 2020, The Apex Court rejected the petition, stating that the individual High Courts should handle these issues because the obstacles faced in each state may differ. As a result, a slew of lawsuits was filed in high courts around the country.

In the recent development, the Delhi government issued an order mandating that all private schools in the national capital collect payments monthly rather than quarterly. In addition, the government said that all private schools must lower their fees by 15% this year. While in Maharashtra, English School Trustees Association decided to lower fees of English medium schools by 25%.

States like Haryana are still thriving on 'sympathy' that private schools might show towards them. The Punjab and Haryana high court has delayed the Haryana education department's decision to allow pupils without School leaving certificates to enroll in government schools (SLC). The court has also sent a notice to the state education department requesting a response on the matter. Teachers send continuous reminders in WhatsApp groups that embarrass students in front of their classmates.

According to our survey, almost everyone is dissatisfied with the government's response to this situation. There were no provisions for educational institutions in the economic stimulus package announced by the government.

In a counter move, Independent English Schools Association (IESA) advised the government to take action against the fee defaulters. The ongoing tussle between schools and parents makes it evident how government doesn't care about education.

Talking about universities and colleges, a student who wants to remain unnamed recently got admission in IIM and paid 15 lakhs as fees just for sitting at home and taking classes online. Though they are not taking hostel fees, it is still too high for merely sitting in front of your laptop for a whole day long. The exposure that a university provides cannot be provided on digital mediums.

The top 10% of the Indian population holds 77% of total wealth, showing income disparity in our nation. Inflation is at an all-time high, and people don't have much money to spend. Changing ministers' portfolios doesn't guarantee a policy change, but we still hope that it may lead to some positive changes.

Read Also - India Should Be At War Against The Pandemic Unitedly