Since March 2020, the coronavirus pandemic has left 1,742 children orphaned, 140 abandoned, and 7,464 children without a parent, the National Commission for Child Rights (NCPCR) reported to the Supreme Court. 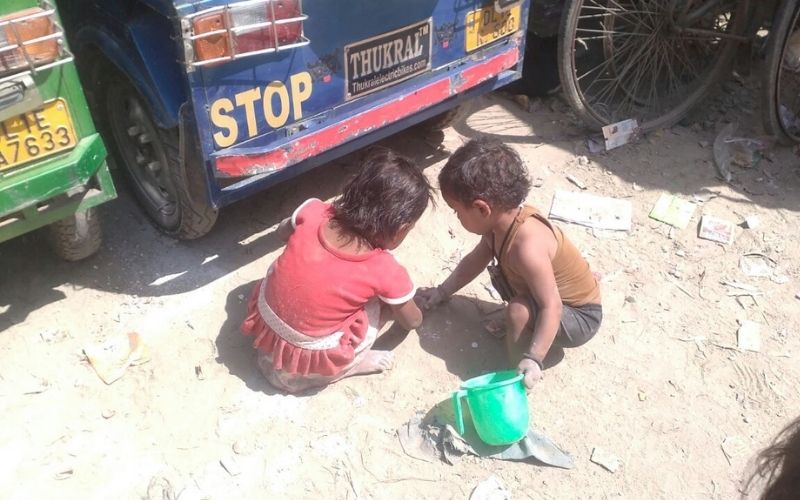 Since March 2020, the coronavirus pandemic has left 1,742 children orphaned, 140 abandoned, and 7,464 children without a parent, the National Commission for Child Rights (NCPCR) reported to the Supreme Court.

The commission stated in an affidavit submitted before the top court that these children — a total of 9,346 — require care and that 3,711 of them are in the age range of 8 to 13.

With 318, Madhya Pradesh is the state with the most orphaned children, followed by Bihar with 292, UP with 270, and Telangana with 123.

Taking a suo motu case on the welfare of children in protective custody in the aftermath of the COVID pandemic, the Supreme Court on 28th May ordered states and Union Territories to submit data on the number of children afflicted since March 2020 on the NCPCR's "Bal Swaraj" site by 29th May evening.

The commission requested the court to extend the deadline for submission since the uploading “is expected to be an ongoing process and the same should not be interpreted by anyone to be restricted till 29.05.2021,” according to the data received on the portal.

The testimony referred to the PM Cares fund's various financial packages for orphaned children, and stated that it is also receiving ideas from individual contributors to help the youngsters.

“The financial aid would ensure that the kid could continue his or her education while remaining in the same setting, which is critical for the youngster's mental health while he or she deals with the death of a parent. Financial assistance to such a single-parent household would be significant,” the declaration stated.

The NCPCR confirmed that it has "initiated action and pilot launch mapping of children and families vulnerable to child trafficking and matching them with benefits under various schemes of the Government of India and State Governments," and that "such extensive mapping...is to be conducted in all the districts of all the States within the country which are potential "Source," "Transit," and "Destination" Hosts" (National Crime Records Bureau).

Furthermore, it outlined efforts taken in preparation for the upcoming third Covid-19 wave, as well as a letter it sent to the Indian Council of Medical Research (ICMR) asking for information on the Council's protocols/guidelines for treating and managing children who test positive with the virus. These protocols will also be shared with State Commissions for the Protection of Child Rights (SCPCRs) for dissemination throughout States and UTs, according to the statement.

Moreover, the Commission urged the Ministry of Health and Family Welfare to issue required guidelines for emergency transport services/ambulances suited for children and neonates in order to prepare for neonatal and children emergency circumstances. It also wrote to the Indian Academy of Pediatrics, requesting technical help on preventative measures to be implemented to monitor and minimise children's risk factors.

The Commission also said it had sent an advisory to all State/UT Chief Secretaries "informing them about the growing problem of illegal adoption during the second surge of COVID-19 and advising them to produce the children before Child Welfare Committees so that necessary action can be taken in their best interests."