He said, "I want to assure the House that Pakistan is in safe hands." 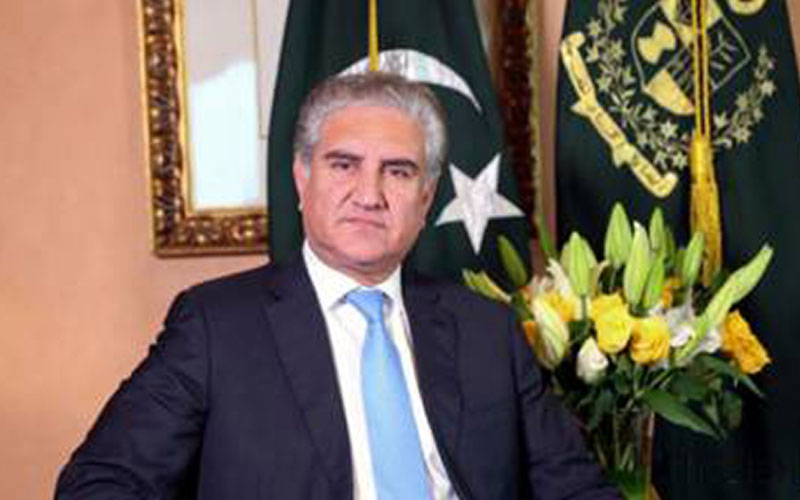 Pakistan's Foreign Minister, Shah Mehmood Qureshi stated in the Senate on Tuesday that Pakistan will not grant permit for military bases to the US for future counter-terrorism operations in Afghanistan and will not accept drone attacks within Pakistan.

He said, "I want to assure the House that Pakistan is in safe hands."

The foreign minister also dismissed as baseless allegations of the US establishing bases in Pakistan, stating unequivocally that Pakistani Prime Minister Imran Khan would never grant the US with bases, also that Khan will not accept drone operations within Pakistan, according to The News International.

In the Senate, Qureshi explained to a senator, Qureshi said, "Because what we were fearing and we still fear and are concerned that a vacuum created in Afghanistan can drag or suck the country back into the decade of 1990s."

Qureshi said that even though the United States intended to remove its remaining soldiers from Afghanistan by September 11th, Pakistan will continue to play an important role in advancing the peace process in the country of Afghanistan.

Ex-Senate Chairman, Mian Raza Rabbani further stated that Pakistan must not let the United States to utilise its air and ground facilities for operations in Afghanistan, and that an international mechanism should not be expunged to prevent such events from reoccurring.

The statements came after a Pentagon official stated that Pakistan has agreed to enable the US military to utilise its airspace and provide land access in order to maintain its operations in Afghanistan.