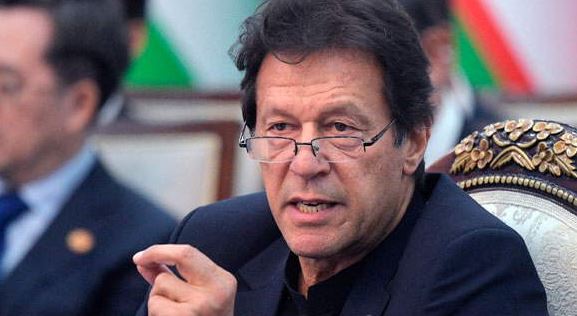 Pakistan's Prime Minister Imran Khan, while urging the country’s filmmakers to focus on original content, advised them against imitating India’s Hindi film industry. Addressing a gathering at a short film festival in Islamabad, Khan recommended those in the industry to refrain from blatantly copying content from others.

"So the most important thing I want to say to young filmmakers is that according to my experience of the world, only originality sells - the copy has no value," Imran Khan said. Further emphasising the importance of originality he urged them to come up with new content and storylines.

Khan also said that mistakes were initially made as their industry was "influenced" by Bollywood. This according to him has today resulted in a rampant practice of copying and adopting another nation's culture.

Apart from Bollywood, Hollywood’s influence in Pakistan's popular culture can also be seen and he felt that local content without a commercial spin is now rare. "So my (advice) to young filmmakers is to bring your own original thinking and don't fear failure," he was advising. "It is my life's experience that the one who is afraid of defeat can never win."

These statements gains significance when viewed through the prism of Pakistan intending to revise its perception in the world. Khan felt that Pakistan's "image" as perceived globally, is misrepresented as "soft" due to a sense of inferiority and defensiveness ranging back to the so-called 'war on terror'.

Khan further said, "The world respects those who respect themselves," stressing that Pakistaniyat should be promoted.