A video of a Pakistani journalist slapping a boy in front of the camera has surfaced. She was recently reporting on the festival of Eid. 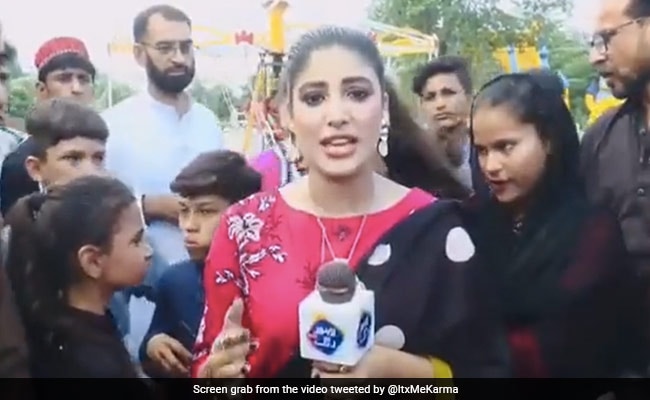 In a video, going viral on social media, a Pakistani Journalist could be seen slapping a boy in front of the camera. As per the locals, the journalist was reporting on the festival of Eid, which was celebrated across the world on Sunday, when the incident happened. As of now, this video shared on Twitter has been viewed more than 3 lakh times so far.

In this viral video, the journalist while reporting in front of a camera, when she got angry with what the boy standing next to her said. Although what the boy said what not apparent in the video, it still hasn't come to light what made the journalist furious. Some said that the boy made some inappropriate comments owing to which he was slapped. The reporter has yet not made any statement.

A User took to Twitter and wrote, "Yeah but who gave you the right to slap someone’s kid Ike that … disappointing!"