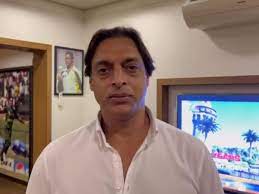 On Thursday night, The controversial turn of events between former Pakistan pacer Shoaib Akhtar, PTV- a Pakistan news channel and its host Nauman Niaz turned a new chapter. Akhtar slammed the TV channel for taking him and Niaz off-air till inquiry of their on-air spat is done. The Rawalpindi Express is known as the channel’s decision as hilarious and told he resigned in front of 220 million Pakistanis.

Akhtar replied after PTV said he and Niaz ‘won’t be allowed to be a part of any of the channel’s programs till the inquiry is completed, Well that’s hilarious. I resigned in front of 220 million Pakistanis and billions across the world. Is PTV crazy or what? Who are they to off-air me?