The FIA ​​has registered an FIR under the Prevention of Electronic Crimes Act-2016 on the basis of a complaint filed by Anisur Rehman, Technical Assistant, Islamabad Cyber ​​Crime Reporting Center (CCRC) on behalf of the government. 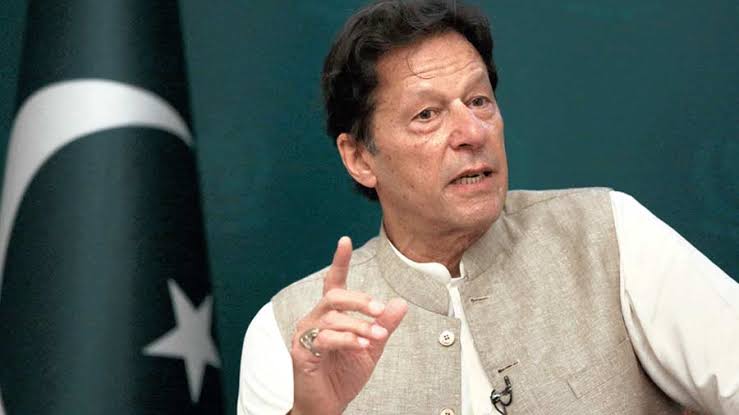 Ever since Imran Khan lost power in Pakistan, he and his supporters are being accused of one thing or the other. In this episode, action has been taken against another leader of PTI. Pakistan's government on Sunday arrested a lawmaker from the Imran Khan-led Pakistan Tehreek-e-Insaf (PTI) party for allegedly using abusive and threatening language against senior military officers. Azam Swati has been detained for the second time within two months by the Federal Investigation Agency (FIA) for tweeting against the military leadership. Prior to this, the FIA ​​had arrested him in the month of October last. The FIA ​​has registered an FIR under the Prevention of Electronic Crimes Act-2016 on the basis of a complaint filed by Anisur Rehman, Technical Assistant, Islamabad Cyber ​​Crime Reporting Center (CCRC) on behalf of the government.

The FIR states that Swati and three other Twitter accounts - Wolf1AK, HaqiqatTV_20, Azadi99 - launched a malicious campaign of threatening tweets against state institutions and other senior government officials, including retiring army chief Qamar Javed Bajwa Is. According to the FIR, Swati had tweeted on November 26 that she would speak against a senior army officer on every platform. Similarly, on November 19, an account named 'Azadi99' shared a tweet in which the army chief was held responsible for the destruction of the country, in response to which Swati said- 'Thank you.'

The FIR states that such name-calling threatening tweets are a subversive mischievous act to harm Pakistan by creating a rift among the personnel of the armed forces. Earlier in October too, Swati was arrested over a tweet criticizing General Bajwa and was released on bail a week later. But Swati had alleged that she was strip-searched and tortured during her detention at the behest of senior ISI officer Major General Faisal Naseer.