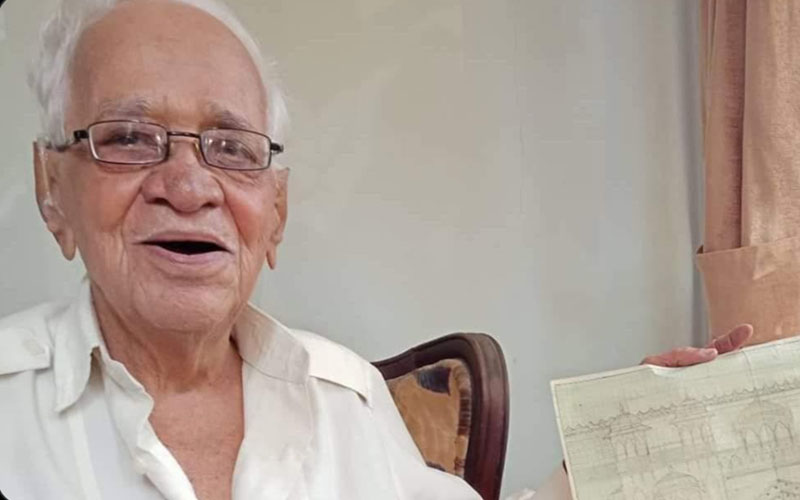 Veteran Art Director Maruti Rao Kale has died due to Covid -19 complications in Mumbai. He was 92 years old. Kale breathed his last on the night of May 26, his daughter Meena Kapadia said. Meena shares, “my father tested positive for Covid-19 on May 7, we immediately admitted him to Holy Family Hospital in Bandra, but he passed away.”

In a career spanning more than four decades, Kale designed sets for more than 100 Hindi films. Before donning the hat of art director, Kale used to work as a carpenter on film sets. Mughal-e-Azam (1960) was one such iconic movie. Later, he was picked up by the London Film Production Ltd as an assistant art director, and later turned a full-time independent art director.

He was among the most popular art director's in Bollywood.