Over 55 died, 150 injured in explosion by car bomb outside Afghan school, Kabul

Explosion triggered by a car bomb and mortars outside a school in the Afghan capital Kabul killed at least 55 people and injured more than 150, as per officials, mostly female students, in an attack blamed on Taliban insurgents by President Ashraf Ghani, on Saturday. 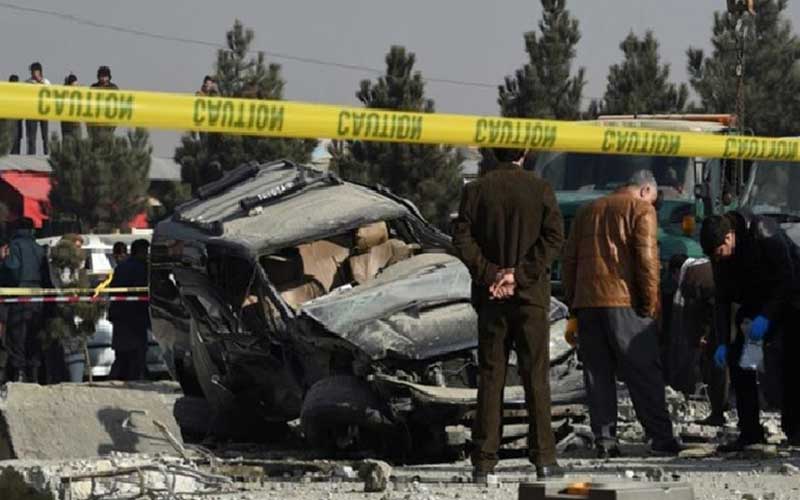 On Saturday, an explosion triggered by a car bomb and mortars outside a school in the Afghan capital Kabul killed at least 55 people and injured more than 150, as per officials, mostly female students, in an attack blamed on Taliban insurgents by President Ashraf Ghani.

The majority of the casualties were students from the Sayed ul Shuhada school, according to a senior security official who spoke on the condition of anonymity to a news agency.

Girls and boys study in three shifts at the Sayed ul Shuhada high school, with the second shift reserved for female students, according to Najiba Arian, a Ministry of Education spokeswoman. She stated that the majority of the injured were female students.

Tariq Arian, a spokesman for the interior ministry, said the death toll was at least 30, with 52 people injured.

According to media reports, workers at a local hospital wheeled wounded students in as crowds of distraught families searched for their sons and daughters.

Since Washington announced plans last month to withdraw all US troops by 11th September, Kabul has been on high alert, with Afghan officials reporting that the Taliban have increased attacks across the country as a result of the announcement.

No one has taken responsibility for the attack on Saturday. Zabihullah Mujahid, a Taliban spokesperson, denied the group was involved and condemned the incident.

Despite Ghani's claim that the Taliban were to blame, the explosions occurred in a predominantly Shi'ite Muslim neighbourhood that has been targeted by Islamic State militants in the past, including one on a maternity ward almost a year ago.

"By escalating their unconstitutional war and aggression, the Taliban have once again shown that they are not only unable to resolve the current crisis peacefully and profoundly, but are also complicating the situation," Ghani said.

Last year, the Taliban and the US signed an agreement to end the 20-year war, which began with US and allied forces invading Afghanistan in the aftermath of the 11th Sept 2001 attacks in the US by al Qaeda, whose leader, Osama bin Laden, was being protected by the Taliban government.

Under the terms of the deal, the US must withdraw troops in return for Taliban security assurances and the group's participation in peace talks with the Afghan government. The talks started last year but have since come to a halt. The Taliban has largely stopped attacking foreign forces, but they continue to assault government forces. A number of journalists, activists, and scholars have also been killed in Taliban-led attacks, who deny involvement.

Pakistan, which has significant clout with the Taliban and is pressuring them to resume peace talks and agree to a ceasefire, condemned the attack as well.

Last month, Washington announced that the troop withdrawal deadline would be pushed back from 1st May to 11th Sept, a move that the Taliban cautioned could jeopardise the agreement.