The Ministry of Health and Family Welfare has released data on the total number of people vaccinated in the past two days. 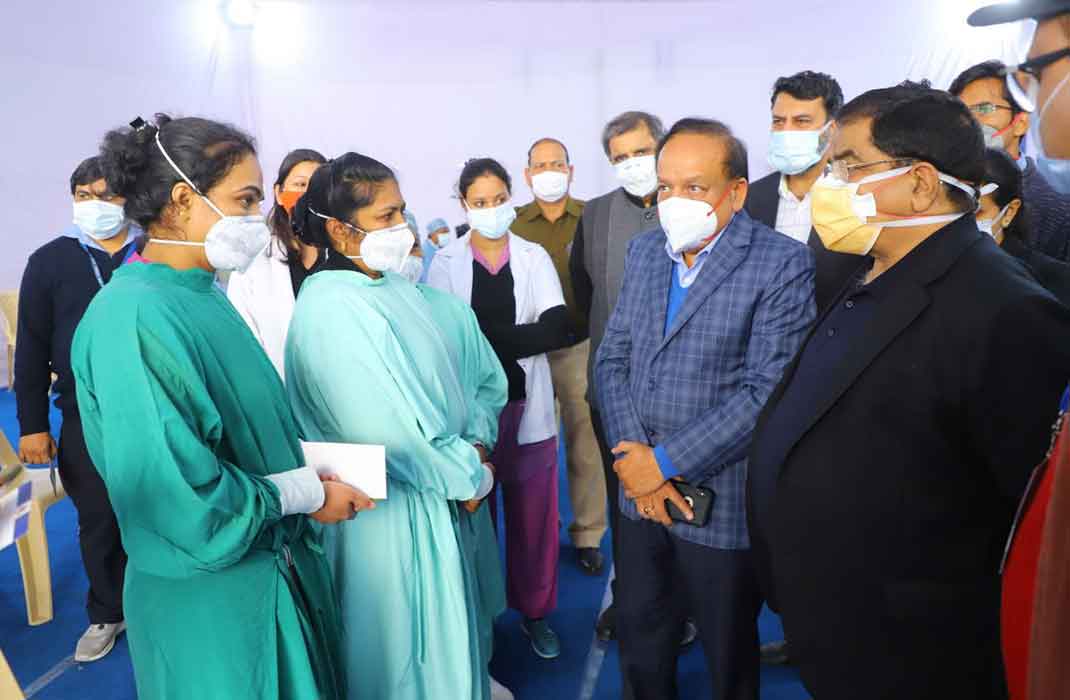 The Ministry of Health and Family Welfare has released data on the total number of people vaccinated in the past two days.

It says that the country has vaccinated the highest number of persons anywhere in the world on the first day of its vaccination drive.

“This is much higher than many other countries such as the USA, the UK, and France,” A press statement released by the Ministry on January 17 said.

In the past two days – January 16 and 17 – a total of 2,24,301 beneficiaries have received their first dose from across the country.

“States/UTs have been advised to plan COVID19 vaccination sessions four days in a week to minimize disruption of the Routine Health Services. Some States have already publicized their weekly vaccination days,” The press statement said.

So far as Adverse Event Following Immunization (AEFI) is concerned, a total of 447 such instances have been reported on the two days, out of which three required hospitalizations.

Two of these hospitalization cases have been discharged from Northern Railway Hospital and All India Institute of Medical Sciences, Delhi.

One person is still in AIIMS, Rishikesh, and is under observation.

The majority of side effects are minor like fever, headache, nausea, etc.

“An Adverse Event Following Immunization (AEFI) is any unexpected medical occurrence which follows immunization which may not be related to vaccine or vaccination process,” The Ministry’s press statement said.

The Ministry has said that it would hold a meeting with all states and Union Territories to review progress and identify bottlenecks in the vaccination process.