Over 700 orphans and students who have completed middle school have volunteered to work in fields, an iron and steel complex, and other places in North Korea, according to state-owned media. This is on top of the 150 orphans who had previously volunteered to labour in coal mines and on a farm, although the reports did not identify their ages. 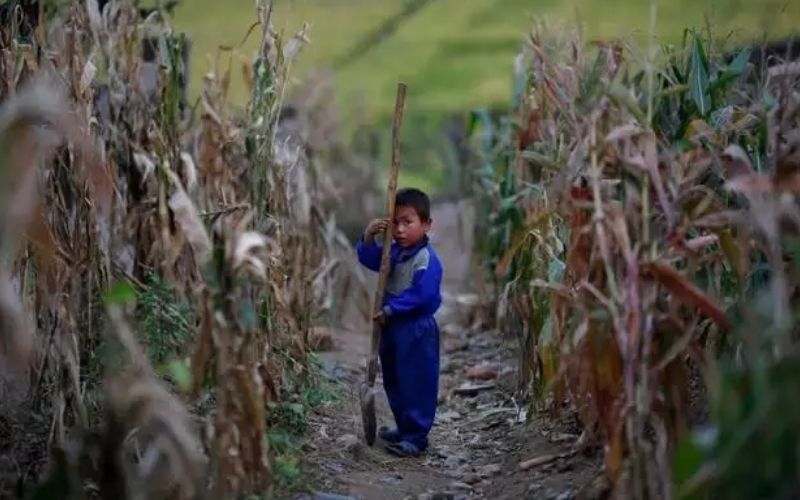 According to North Korea's news agency, Orphans, conscripted soldiers, and students, some of whom appear to be children, are "volunteering" to undertake physical labour in the country, including in coal mines, farms, and big building projects.

As per media sources, hundreds of orphan school graduates "volunteered to serve in challenging sectors." Further, the ages of the orphans were not specified in sources, although they had graduated from middle schools, and images released in state publications showed teenagers who seemed to be in their teens.

On Saturday, media outlets claimed that over 700 orphans had volunteered to work on cooperative farms, an iron and steel complex, and in forestry, among other activities.

The news agency stated on Thursday that about 150 graduates from three orphan schools had opted to work in coal mines and farms.

"(The graduates of orphan schools) volunteered to work at big worksites for socialist building out of a desire to glorify their youth in the battle for the country's prosperity," the state media reported. "They finished their school courses with the mother Party's tender care."

North Korea's drastic steps to limit COVID-19 have intensified human rights abuses and economic suffering for its residents, including claims of food scarcity, according to the UN.

As per 2020 U.S. State Department findings on human rights issues, youths as young as 16 and 17 were engaged in military-style construction brigades for 10-year periods and subjected to long working hours and dangerous employment in certain circumstances.

Despite North Korean regulations prohibiting forced labour, "students suffered from physical and psychological damage, starvation, weariness, and development deficits as a result of obligatory forced labour," as per the study.

North Korea has refuted claims of human rights violations, claiming that the concerns are being politicised by its adversaries.

North Korean leader Kim Jong Un said in a letter to labour unions on Tuesday that the country had experienced its "worst-ever challenges" in recent years, but that its national power and reputation had been boosted by the "ennobling loyalty and heroic battle of the workers" and others.

According to recent official media accounts, university students volunteer to work on large projects, while legions of "soldier-builders" from the country's conscripted military participate in construction.