Chief Minister Arvind Kejriwal on Monday moved a motion of confidence in the Delhi Assembly and said the motion was to prove that the Bharatiya Janata Party's (BJP) 'Operation Lotus' may have been successful in other states, but failed here because AAP. 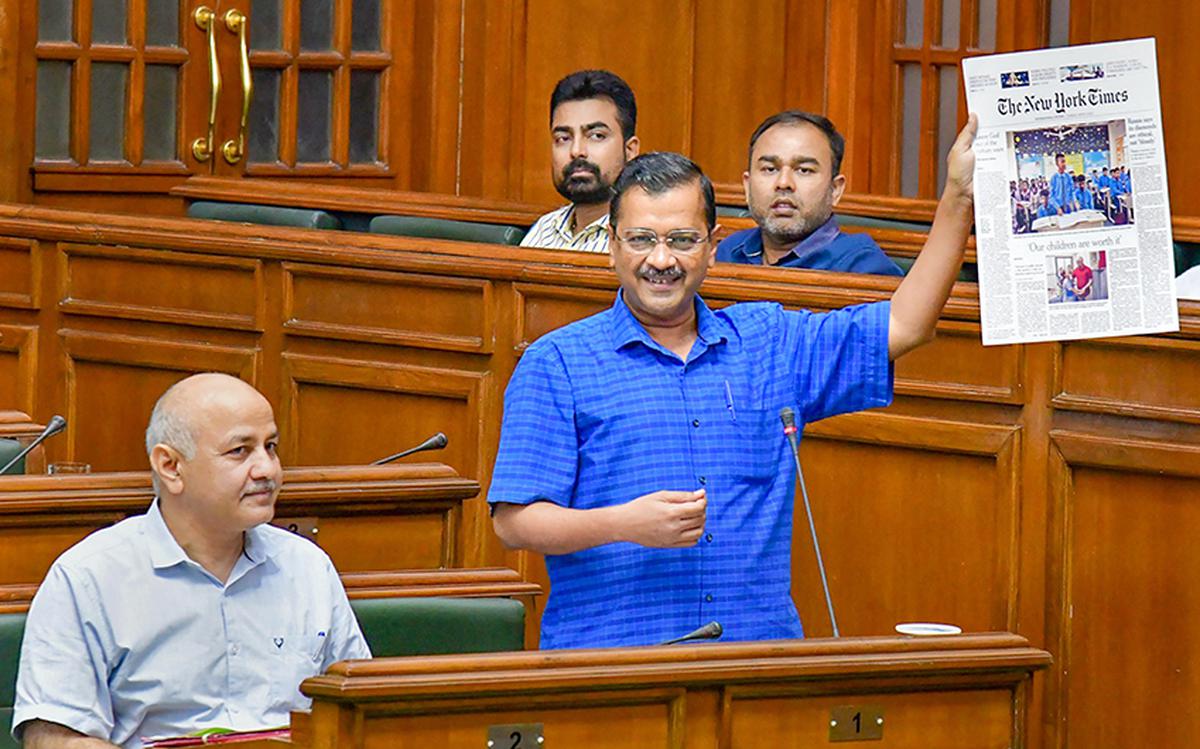 Chief Minister Arvind Kejriwal on Monday moved a motion of confidence in the Delhi Assembly and said the motion was to prove that the Bharatiya Janata Party's (BJP) 'Operation Lotus' may have been successful in other states, but failed here because AAP. All the MLAs of the state are "hardcore honest". He said that the BJP could not break even a single Aam Aadmi Party (AAP) MLA. He also alleged that the BJP would try to topple the Jharkhand government in the next 15 days. The chief minister alleged that the present central government is "most corrupt" as it "buys MLAs" by taxing the common man, while waiving off the loans of his billionaire friends.

Lt Governor Vinay Kumar Saxena, when he was the chairman of the Khadi and Village Industries Commission, created a ruckus over allegations of pressurizing his employees to exchange old notes worth Rs 1,400 crore. After which the proceedings of the house were later adjourned for the day. Earlier, challenging the BJP to buy even a single 'AAP' MLA, Kejriwal said, "The confidence motion is to show that 'Operation Lotus' can be successful in Madhya Pradesh, Maharashtra and other states, but in Delhi it is not possible." Failed. The trust vote is also to show that all AAP MLAs are staunchly honest."

Arvind Kejriwal alleged that the BJP toppled the government in Manipur, Bihar, Assam, Madhya Pradesh, Maharashtra and at some places they even gave Rs 50 crore. Kejriwal said, "You say you are against corruption, but you people buy MLAs. This is the most corrupt (central) government. You will feel sorry for the poor people. Kejriwal further claimed that they (BJP) will try to topple the Jharkhand government within 15 days and then the prices of petrol and diesel will increase. He said that next time when fuel prices increase, people will understand where the money is going.

AAP has 62 MLAs while BJP has eight in the 70-member Delhi Assembly. Kejriwal blamed the Center for the price rise, saying it was because of the high taxes imposed by the central government. Kejriwal alleged, “Even curd, lassi, wheat and honey have been taxed. This is something that has not happened in the last 75 years, not even during the British rule. They are using this money to waive off the loans of their billionaire friends." If the Center recovers the waived loans of its billionaire friends, the problem of price rise can be solved, he said.