Showing a vigilant approach towards curbing cases of crime, Dayalpur police station in North East Delhi has arrested an auto lifter who was active in the area for past some time. 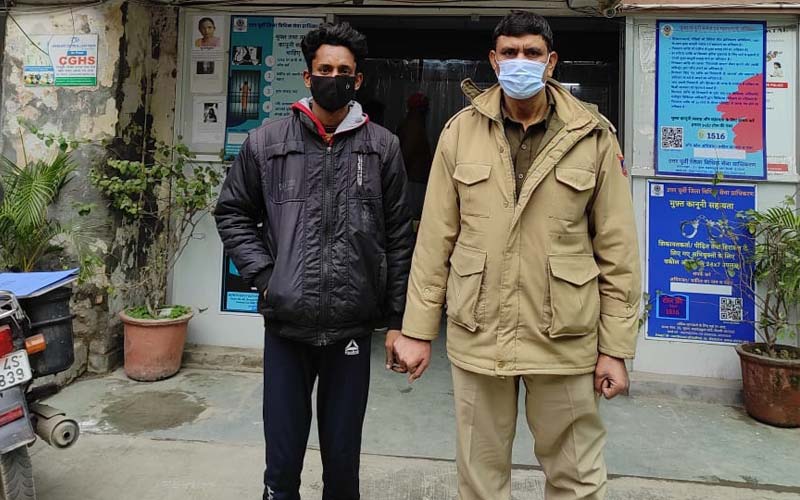 Showing a vigilant approach towards curbing cases of crime, Dayalpur police station in North East Delhi has arrested an auto lifter who was active in the area for past some time.

On January 13, the Dayalpur police station received a piece of secret information regarding the presence of an auto lifter. A police team comprising Assistant Sub-Inspector Hemraj, constables Harendra and Satbir under the supervision of SHO, Dayalpur laid a trap near Brijpuri Puliya.

“At around 07:30 in the morning, a person riding on a Hero Passion Pro Motorcycle was signalled to stop but he sped up the motorcycle instead. Alert police team chased and apprehend him within a short distance,” Sanjay Kumar Sain, DCP, North-East District, New Delhi said.

During the search, a button actuated knife was recovered from his possession. The motorcycle No. DL-1SAA-7335, he was riding, was also found to be stolen from Timarpur, Delhi.

Accordingly, an FIR under the provisions of the Arms Act and Cr.PC, was registered and the investigation was taken up.

During the course of the investigation, his identity was established as Azaz Ahmad alias Bilal, son of Gular Ahmad, resident of village Wazirabad, Delhi He is 27-year-old.

“He confessed for his crime and disclosed his involvements in other cases also. On his confession, one more motorcycle No. DL-14SJ-6054 stolen vide e- FIR No.000776/22 dated 11.01.2022 u/s 379 IPC PS Khajuri Khas was recovered. Further investigation in the case is under progress,” Sain said.