One terrorist killed in encounter in Jammu and Kashmir's Kupwara, one soldier also martyred

According to the news coming, a soldier has been martyred in this encounter. One AK rifle, three AK magazines, 200 AK rounds, three pistols, four pistol magazines and four grenades were recovered from the spot. The operation is still going on for the time being. 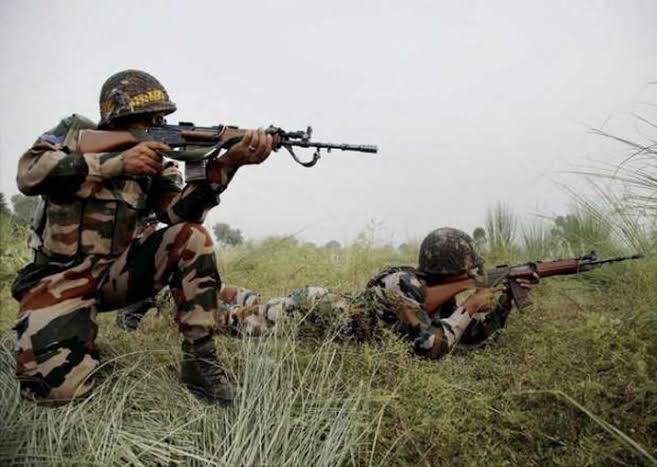 A terrorist was killed in an encounter with security forces on the LoC in Jammu and Kashmir's Kupwara district in the early hours of Friday. Also a young man was martyred. One AK rifle, three AK magazines, 200 AK rounds, three pistols, four pistol magazines and four grenades were recovered from the spot. The operation is still on.

On June 20, 4 terrorists were killed by security forces in an encounter in Kupwara. Incriminating material, arms and ammunition were recovered from the spot.

According to preliminary information, Indian Army soldiers noticed some suspicious movements along the LoC area in Kupwara's Tangdhar sector of Jammu and Kashmir on Friday. Indian Army Alert Forces defied the invaders and launched an operation and thwarted Pakistan's attempt to invade North Kashmir. Kupwara area by killing a terrorist. However, during the operation, an Indian soldier was martyred while serving his country.

The army also recovered some of the Pakistani currency from the terrorist's possession, demonstrating Pakistan's egregious involvement in the smuggling of terrorism into India via Jammu and Kashmir.