The ED told the court that a money laundering case was registered against Satyendar Jain, his wife and other accused on the basis of a case registered with the CBI in August 2017. 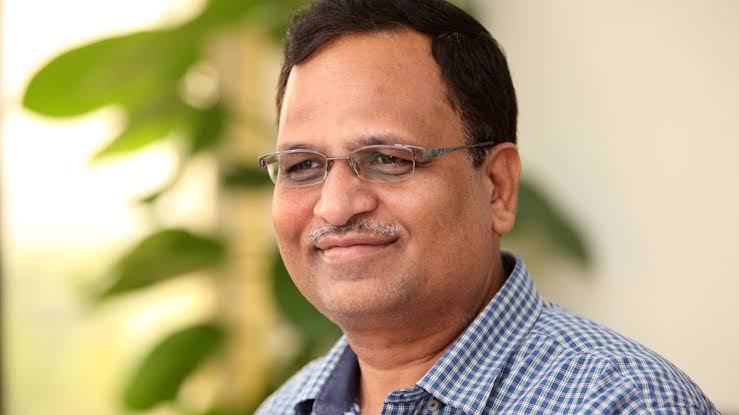 Delhi court has sent minister Satyendar Jain to ED custody till June 9. The agency had arrested the Home and Health Minister in the Delhi government at 6.10 pm on Monday. After the arrest, the accused minister was produced in the court on Tuesday, after which he was sent to the agency's custody for questioning.

It is alleged that when Satyendar Jain was a minister in the Delhi government from February 2015 to March 2017, he created disproportionate assets and created 4.81 crore hawala and shell companies through Akinchan Developers Pvt Ltd, Paryas Infosolution Pvt Ltd, Mangalayatan Projects Pvt Ltd. and invested in J J Ideal Estate companies.

The agency told the court in the remand application that the statement of the Kolkata-based Shell company through which Satyendra Jain had invested these money in his companies has also been recorded. Rajendra Bansal and Jivendra Bansal who are residents of Kolkata and invest money through fake companies in exchange for entry fees. He told the agency in his statement that through shell companies, they invest 15-20 paise on commission through share capital or unsecured loans.