The newly assembled Cabinet consists of all of the ministers and state ministers from the previous one. 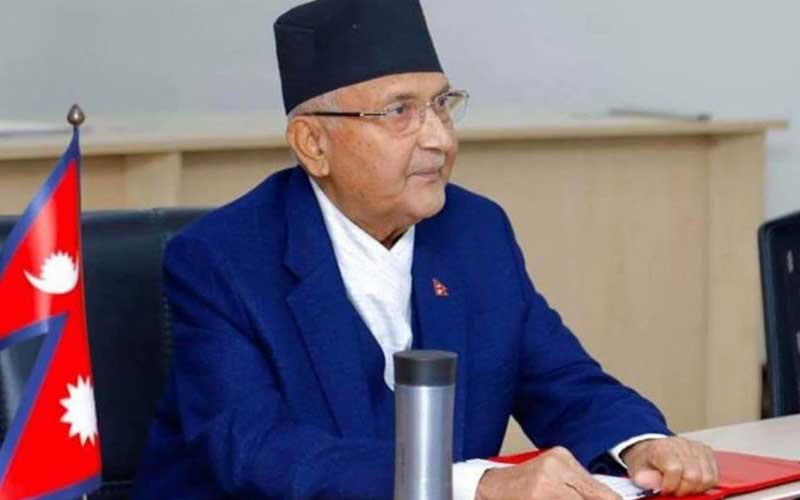 On Friday, KP Sharma Oli was re-appointed for the third time as Nepal's Prime Minister, just days after losing a vote of confidence in Parliament.

On Thursday, Oli was sworn in again to the role after the Opposition failed to capture a majority of seats in Parliament to establish a new government.

Terai's Madhesi political parties were clever to refuse the Nepali Congress and CPN Maoists Centre coalition an opportunity to enter government in Kathmandu, allowing KP Sharma Oli to be re-elected as Prime Minister just days after losing the confidence vote.

The Congress and the Communist Party of Nepal (Maoists Centre) were attempting to form a majority in order to stake a claim for the government to the President.

The prospects of forming a coalition government under the rule of the Nepali Congress shrunk after the Thakur-Mahato party refused to back Oli.

According to Article 76 (3) of the constitution, President Bidya Devi Bhandari performed the oath of office and secrecy to Oli at Shital Niwas. Oli was named for the post, three days after losing a confidence vote in Parliament.

If the parties are unable to assemble a new government in accordance with Article 76 (5), or if the elected Prime Minister fails to win a vote of confidence, the sitting Prime Minister can propose to the President that parliament be dissolved, and general elections be held within six months.

Therefore, Oli will have to secure a vote of confidence within 30 days and stake claim with 136 votes or more to establish a majority government.

PM Oli and Deputy PM Ishwar Pokarel both undertook the swearing in oath from President Bhandari. The newly assembled Cabinet consists of all of the ministers and state ministers from the previous one.