Contrary to reports going on,  the CISF officer who recently stopped Salman Khan at the Mumbai airport got rewarded. CISF confirmed the same. 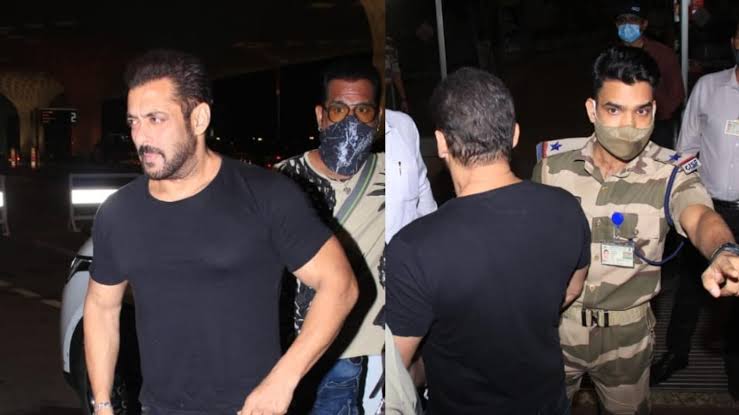 Recently, Salman Khan was stopped at the Mumbai airport for the mandatory security check by a CISF officer. The superstar was heading to Russia for the shooting of Tiger 3. The video went viral on social media, and netizens lauded the officer for doing his duty rightly. However, reports started flooding later that the officer landed in trouble.

For the last 2 days, there have been speculations that CISF has taken any action against the officer for speaking to a media organisation in Odisha. Reports also mentioned that his phone was seized so that he doesn't speak to the media anymore. Well, turns out all these were just false rumours.

The CIST Twitter handle cleared all the baseless rumours and revealed that they had rewarded the CISF officer for exemplary professionalism. In response to a tweet, CISF wrote, "The contents of this tweet are incorrect & without factual basis. In fact, the officer concerned has been suitably rewarded for exemplary professionalism in the discharge of his duty. @PIBHomeAffairs".

The contents of this tweet are incorrect & without factual basis. In fact, the officer concerned has been suitably rewarded for exemplary professionalism in the discharge of his duty. @PIBHomeAffairs

Meanwhile, Salman Khan and Katrina Kaif are now in Russia and will start shooting for Tiger 3. The film is a threequel to Ek Tha Tiger and Tiger Zinda Hai. There are reports that Emraan Hashmi will play the villain in the upcoming action-thriller. But in an interview with Pinkvilla, the Chehre actor denied the news.

Who do you want to see as a villain in Salman-Katrina's Tiger 3? Do let us know your thoughts in the comments section below