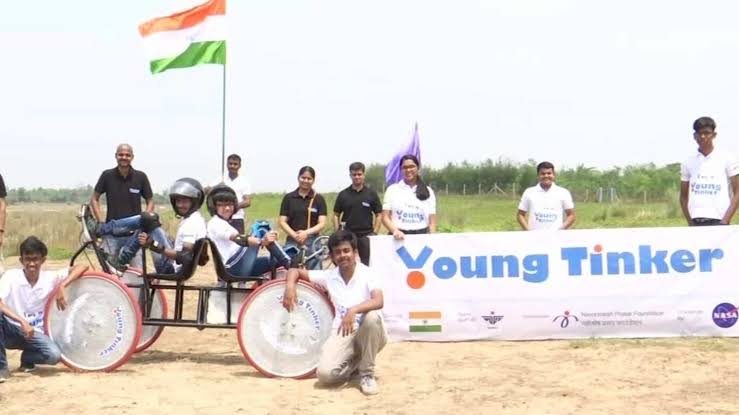 Although, Elon Musk may be "going to the moon" soon, metaphorically, however, students from an Indian school may be pushing NASA's rover on the moon, literally. Students from the Cuttack-based Navonmesh Prasar Student Astronomy Team (NaPSAT) have built a rover that will be shown at NASA's Human Rover Exploration Challenge 2021. This month, the ten-person student team will present their rover at NASA's Human Rover Exploration Challenge 2021. The NaPSAT is a Navonmesh Prasar Foundation initiative that consists of school students who work on projects such as space systems, rovers, rockets, satellites, and astronomy to participate in various space events.

This is also the first time that an Indian student team has been chosen to compete in this competition.

Anil Pradhan, Founder of Navonmesh Prasar Foundation, announced on Twitter in November 2020: "History is made! My students have been chosen for the NASA Rover Challenge 2021. They are the first team in Odisha to do so, as well as the first team of school and ITI students in India.” They'll be well on their way to making history by April 2021.

“The rover was created for the Artemis Mission 2024 (moon mission), which would send the first woman and man to the Moon. “The rover is capable of traversing various types of martian terrains,” a NaPSAT member told ANI.

“On November 6, last year, our team at Navonmesh Prasar Foundation received the selection letter. During the COVID pandemic, ten young students worked tirelessly day and night for eight months to perfect their rover, NaPSAT 1.0 (Navonmesh Prasar Student Astronomy Team). They are determined to bring a NASA award back to India,” the member said.