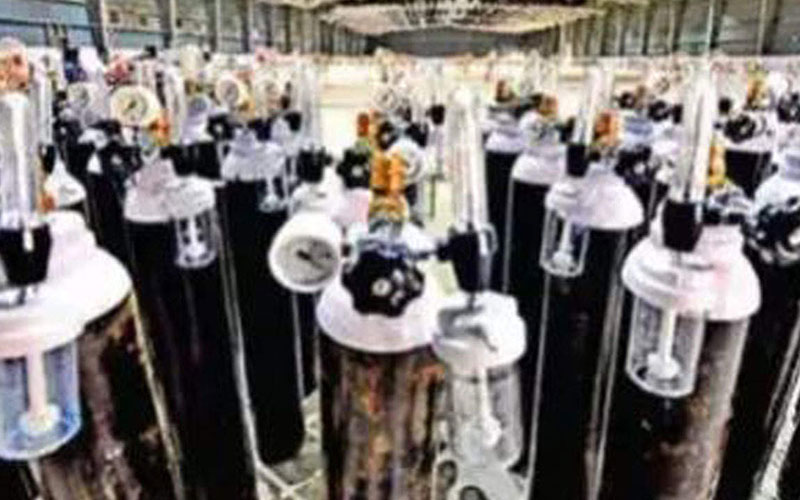 As the crises is increasing now days for the oxygen the Odisha has sent over 200 tonne of oxygen to different cities in worst covid hit states, days after chief minister Naveen Patnaik spoke to Prime Minister Modi and few of his state counterparts and offered them to help with Oxygen.

The oxygen tankers have already been dispatched to cities like Visakhapatnam, Hyderabad, Indore, Pune, Mumbai and Nagpur and few more tankers will go to other cities, sources in the state government said. Some of them have been airlifted from the Bhubaneswar airport after they were procured from industrial towns of the states and the state police is making way for oxygen tankers without any hindrance.

These were being sent from industrial zones of the state in places like Rourkela in Sundargarh, Jajpur and Angul districts.

“As desired by Odisha Govt ,Odisha Police has made special arrangement to ensure uninterrupted and fast movement of Medical Oxygen from Odisha to other needy states," the Director General of Police in the state has tweeted.

According to the DGP in the state a senior police official and superintendent of police in districts are making special traffic arrangements, offering police escorts and have made dedicated corridors for oxygen movement.

“The CM said it is a war-like situation & Odisha will extend all cooperation at the national level including ramping up oxygen production to assist other states in this emergency," CMO Odisha said in a tweet on 22 April.

Several states like Maharashtra and Delhi are facing a massive health crisis, which has stretched their healthcare facilities, and oxygen stocks. Hospitals have openly aired their helplessness and have sent out distressed calls to the government about the thinning oxygen supply.

While 25 patients in Sir Gangaram Hospital in Delhi died due to shortage of oxygen on Friday, on Saturday morning Jaipur Golden Hospital of Delhi reported death of 20 people amid a serious oxygen crisis. India has reported around 7000 deaths and 1 million cases in last three days.