Odisha emerges as the only state with all three crocodile species.

Odisha has experienced the natural nesting of gharials, a critically endangered species, for the first time since they were brought into its rivers in 1975. 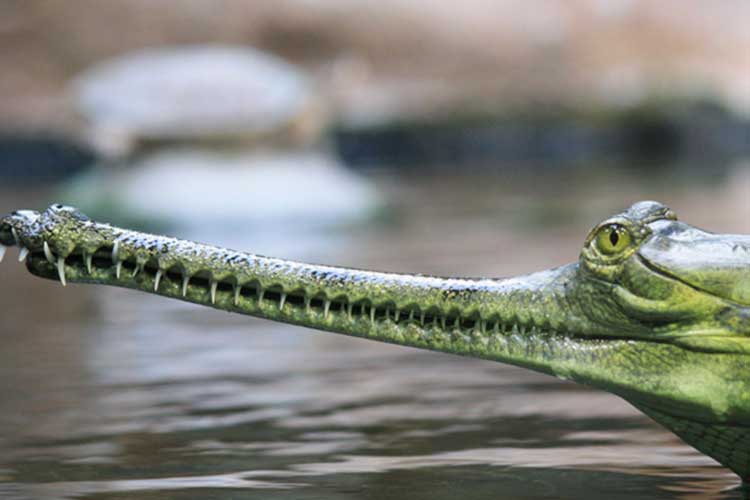 As many as 28 hatchlings were discovered around the end of May in the Mahanadi, in the Baladamara area near the Satkosia range, and officials have been actively monitoring them ever since, using drones to keep an eye on them.

All of the original Gharials that were brought to Odisha over the years are now deceased. Odisha introduced 13 more Gharials in the Mahanadi over the previous three years after waiting more than 40 years for their numbers to organically rise and for them to produce eggs. Only eight survived. Two of them are still being tracked by the Forest Service using their radio collars, but the other six have vanished.

Odisha had become the only state to host all three species of reptiles, freshwater Gharials, muggers, and saltwater crocodiles, after the introduction of Gharials in 1975.

To help protect the Gharials, about 50 forest authorities from six forest divisions are monitoring the hatchlings, camping in their habitat, patrolling the water bodies, and spreading awareness throughout 300-odd villages along the river.

Gharials, unlike muggers, do not cause harm to humans. However, many people mistake them for crocodiles and believe they are dangerous. Suvendu Behera, Anugul Assistant Conservator of Forests (ACF), said the Gharials would be monitored till they returned to their natural home, which is deeper waters.

As per Prashanna Behera, wildlife warden of Anugul district, the habitats of Gharials are under threat due to encroachment and fishing. Those captured in fishing nets are either murdered or have their snouts cut off. Gharials are also weaker than crocodiles and muggers, and they will not survive a confrontation with either. Gharials are protected under the law and are classified in Schedule 1 of the Wildlife (Protection) Act 1972.