NZ YouTuber Karl Rock Alleges India Has 'Blacklisted' Him; Petitioned Delhi HC To Allow Him To Return To His Wife, 'Home'

With over 17,00,000 subscribers on his travel Youtube channel, Karl Rock explores various towns in India, has been living in Delhi for the past few years with his wife, Manisha, and her family. 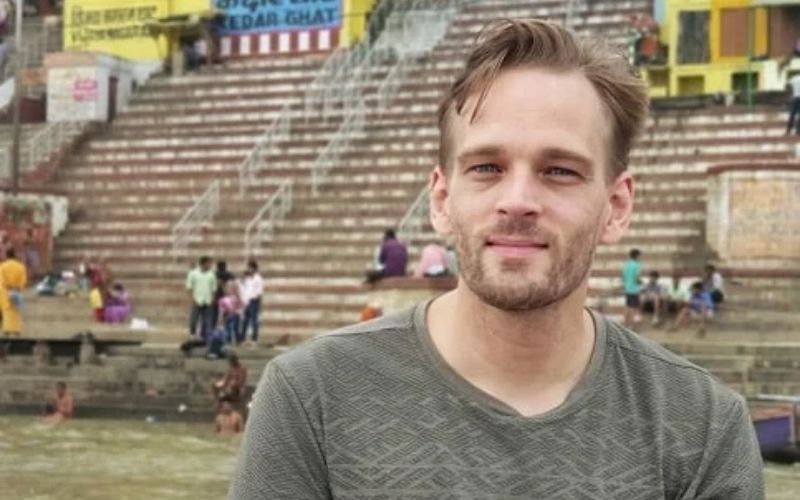 New Zealand YouTuber Karl Rock With over 17,00,000 subscribers on his travel channel, shares tips for foreigners travelling in India.

Karl Edward Rice, better known as Karl Rock on YouTube, stated that the Indian government had blacklisted him and barred him from entering the country. His wife, an Indian national who lives in the capital, has challenged the move in the Delhi High Court.

Karl, who is originally from New Zealand, is a YouTuber that offers travel advice for Foreigners visiting India. He married in 2019 and resided in Delhi, with his wife and her family.

On Friday, he posted a YouTube video titled 'Why I haven't seen my wife in 269 days,' in which he said he had been separated from his wife and in-laws due to blacklisting by the Indian government.

According to Union Home Ministry authorities, the New Zealand citizen has been barred from entering India till next year for breaking the terms of his visa.

“He was on a tourist visa but was conducting business,” an officer explained.

According to the petition filed in court, Karl has completely followed the rules of the country and the terms of his visa, and there has not been a single complaint filed against him.

Following his marriage, he obtained an X-2 visa, which is intended for spouses and children of Indian nationals and is valid until 2024. One of the visa's criteria was that he leave India every 180 days or notify the relevant Foreigner Regional Registration Office (FRRO).

His most recent visit to India occurred in November 2019. He had enrolled in the Landour School of Languages in Mussoorie to learn Hindi, but he was trapped due to the nationwide lockdown in March 2020.

As the 180-day mark approached, he attempted to contact the FRRO to request a visa extension. The application was denied, and he was instead awarded exit permission.

His visa was cancelled at the Delhi Airport when he was leaving India to fly to Dubai and Pakistan in October 2020. He applied for a new visa in Dubai and was then summoned to the Indian High Commission, where he was informed that he had been blacklisted.

According to the appeal, despite meeting all requirements, his visa was revoked as he was leaving Delhi.

Karl told the media, "I was not told the reason why I had gotten blacklisted. I was advised to contact the Ministry of Home Affairs. When my wife attempted, she was ignored and received no assistance.”

From then on, he claims he and his family have been rushing from pillar to post in an attempt to resolve the problem. His wife and in-laws had contracted the virus during the second Covid wave, and he was concerned for them but couldn't be there.

Many people on social media assumed that he was blacklisted because he recorded his visit to an anti-CAA protest site. This video was later taken down. Karl stated, "My wife and I went and filmed our interaction. But we don't know if that is the reason for the blacklisting. We've filed a writ petition to find out why.”

Since being denied entry into the country, Karl and his wife have approached the Indian government to fix the issue, but still got no response.

Karl has now begun an online petition on Change.org, asking for support.

In a Friday tweet, Karl stated that he considers Delhi to be his home in India. In October 2014, the couple met in the nation's capital and married in April 2019.