Sushant Singh's father Filed FIR to restrain his son's name or likeness in the movie. 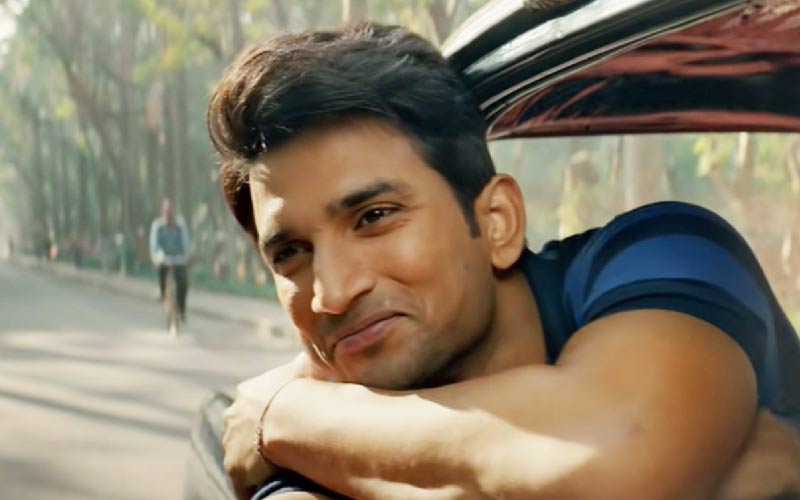 As the issue comes on the name of Nyaayto the actor ofSushant Singh Rajput,the Delhi High Court on Wednesday told that the upcoming film Nyaay: the Justice, which is purportedly based on the life of a late Bollywood actor Sushant Singh Rajput, does not depict his caricature, name or likeness as it is not a biopic on him.

The submission was made by the producers and director of the film, scheduled to be released on June 11, while opposing a plea moved by Rajput’s father to restrain anyone from using his son’s name or likeness in movies.

After hearing arguments of both sides, Justice Sanjeev Narula reserved judgment in the matter and asked the producers and director of the film not to release the movie till the court pronounces its verdict.

The court said it would most likely deliver the verdict before June 11, but if it was unable to do so, then the movie’s release is held back.

After hearing arguments of both sides, Justice Sanjeev Narula reserved judgment in the matter and asked the producers and director of the film not to release the movie till the court pronounces its verdict.

The court said it would most likely deliver the verdict before June 11, but if it was unable to do so, then the movie’s release is held back.

Senior advocate Chander Lall, appearing for the director of the film, said that the movie’s release has been widely publicized, and therefore, he would not be able to give any assurance concerning holding it back.

Given the submission by Lall, the court said if it was unable to deliver the verdict before June 11, it will again take up the matter before that date and pass interim orders staying release of the film.

During the day’s hearing, the senior advocate told the court that Sushant Singh Rajput’s caricature, name, or likeness has not been used in the film.

Lall, as well as the counsel for the producers, told the court that restraining anyone from making any movie on what happened to Rajput would be an infringement of the freedom of speech and expression guaranteed under the Constitution.

They said that Rajput being a celebrity, people need to know what happened to him.

They cited examples of movies, both Indian and foreign, made on various individuals and companies without their express permission and said that such activity was permissible.

They also said that since Rajput has passed away the rights of fair trial and privacy cannot be inherited by his father.

Senior advocate Vikas Singh and advocate Varun Singh, appearing for Sushant Singh Rajput’s father, opposed the contentions of the film’s producers and director and said since the father filed the complaint, which was the basis of the FIR and trial, and also the present suit, he had a right to fair trial and privacy.

According to the plea moved by Rajput’s father — Krishna Kishore Singh — some of the upcoming or proposed movie projects, based on his son’s life are – Nyaay: The Justice, Suicide or Murder: A star was lost, Shashank and an unnamed crowd-funded film.

Rajput’s father has contended that the filmmakers are taking advantage of the situation for commercial gains, and therefore the right to freedom of speech and expression would not apply to them.

Plaintiff (Singh) has apprehension that various plays, movies, webseries, books, interviews, or other material may be published which would harm the reputation of the son of the plaintiff and his family. The suit, which has sought damages of over rupees two crores from the filmmakers for “loss of reputation, mental trauma, and harassment” to Rajput’s family, has claimed.

It has also claimed that in case a “movie, web-series, book or any other content of similar nature is allowed to be published or broadcasted, it would affect the right of the victim and deceased for a free and fair trial as it may cause prejudice to them”.

The suit has also contended that Sushant Singh Rajput is a well-known celebrity, “any misuse of his name, image,caricature,style of delivering dialogues also amounts to infringement of the personality right vested with the plaintiff besides amounting to acts of passing off”.