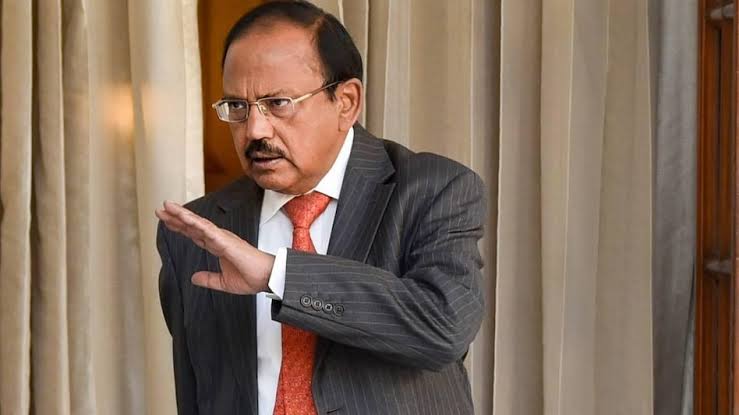 Three CISF commandos have been sacked in connection with the security lapse of the country's National Security Advisor (NSA) Ajit Doval. Apart from this, the DIG and Commandant associated with VIP security have been transferred. The official gave this information on Wednesday.

The case dates back to February 2022, when a suspect was trying to enter Doval's official residence in Delhi with a car. However, he was arrested by the security personnel present on the spot. After being caught, he said that his body has a chip and is being operated remotely. On investigation no chip was found in his body.

Ajit Doval has got Z category security. There is a tight security guard around them. They are guarded by the SSG unit of CISF. The three sacked commandos were present at the NSA residence as part of security arrangements that day. The suspect was stopped outside the residence and handed over to the Delhi Police.

This action has been taken after the Court of Inquiry set up by the CISF regarding the incident of February 16, in which five officers were convicted in different cases. Thereafter, action was recommended against him.

The accused had reached the car with a red color SUV at around 7.45 am on February 16. He told during interrogation that he is a resident of Karnataka and was driving a hired car. He was identified as Shantanu Reddy of Bangalore. According to the police, his mental condition was not feeling well. He was questioned by the special team of Delhi Police.