The North's withdrawal from Tokyo also jeopardises plans agreed upon during a 2018 summit between Moon and North Korean leader Kim Jong Un to pursue a joint Korean bid to host the 2032 Olympics. 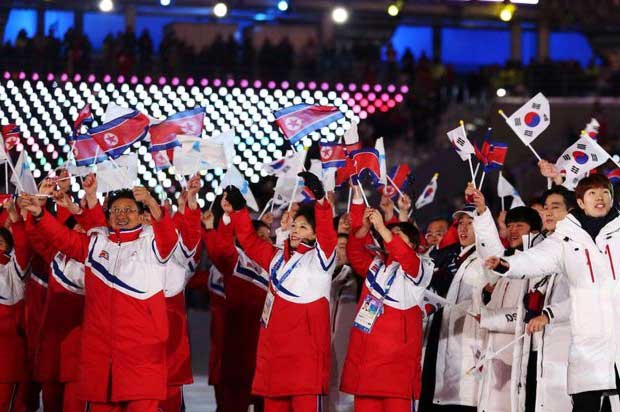 North Korea will not be participating in the Tokyo Olympics this year due to coronavirus concerns, the country's sports ministry announced on Tuesday, dashing South Korean hopes that the Games would serve as a catalyst to restart stalled peace talks. It will be the first time North Korea has missed a Summer Olympics since the Cold War boycott of Seoul in 1988.

South Korean President Moon Jae-in had hoped that the two countries, which are still technically at war after their 1950-53 conflict ended in a truce rather than a peace treaty, could field a combined team in Tokyo and re-establish momentum for better relations. The North's withdrawal from Tokyo also jeopardises plans agreed upon during a 2018 summit between Moon and North Korean leader Kim Jong Un to pursue a joint Korean bid to host the 2032 Olympics.

Kim sent his sister to lead the country's delegation to the Pyeongchang Winter Olympics in South Korea in 2018, and athletes from both sides marched under a unified flag during the opening ceremony, as well as fielding a combined women's ice hockey team. However, the tensions on the Korean Peninsula rose last month when the North resumed missile tests, despite both sides stating that they wanted to continue talks after the launches.

"We regret that it was not feasible," it added in a statement. The North made the decision to withdraw from Tokyo at a meeting of its Olympic committee and Sports Minister Kim Il Guk on March 25, according to the ministry's website. It said, "the committee had opted not to participate in the 32nd Olympic Games in order to protect athletes from the global health crisis caused by the coronavirus." Until the present time, North Korea maintains to have no coronavirus cases in the country.

Kim, known to be a fan of U.S. basketball, has openly displayed his desires to promote professional sports. The meeting on March 25 also addressed ways to improve professional sports technology, win more medals at international tournaments, and increase public sports programmes over the next five years, as per the ministry.