North Korean and Chinese leaders exchanged messages on the anniversary of their treaty of friendship, cooperation, and mutual support between the two countries, North Korea's KCNA news agency reported. 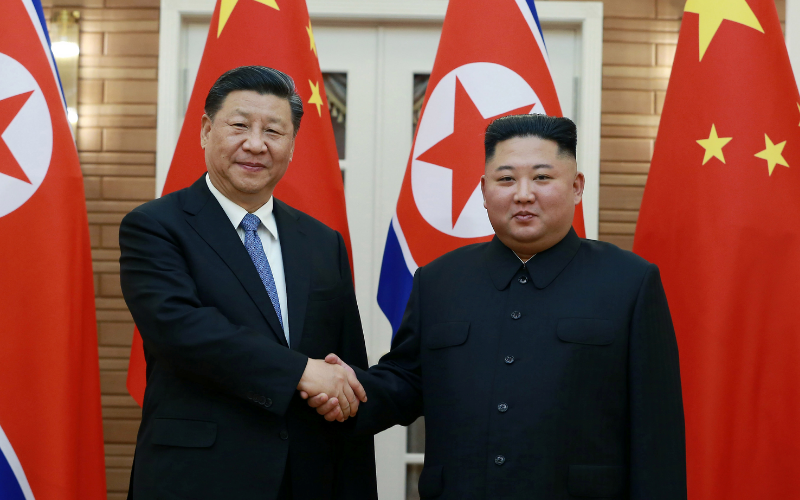 North Korean and Chinese officials underlined their intention to strengthen ties further on Sunday, as they exchanged notes commemorating the 60th anniversary of their nations' defence treaty.

North Korean leader Kim Jong Un said in a message to Chinese President Xi Jinping that it is his government's "firm stand" to "continuously expand friendly and cooperative relations" between the two countries, according to the state-run Korean Central News Agency.

As per China's official Xinhua News Agency, Xi stated in his message that China and North Korea have "unwaveringly backed each other."

"The globe has recently witnessed unparalleled speeding changes," Xi added. "I intend to... take bilateral relations to new heights for the benefit of the two countries and their peoples."

Moreover, North Korea is anticipated to pursue further assistance from China, its main ally and aid donor, as it struggles with economic hardship aggravated by the coronavirus pandemic and severe US-led sanctions over its nuclear weapons programme.

According to some experts, China regards preventing a North Korean collapse is critical to its security interests and would need to strengthen ties with North Korea and other old allies in the face of strong rivalry with the US.

In his message, Kim stated that the bilateral treaty "is demonstrating its stronger vitality in safeguarding and propelling the socialist cause of the two countries... now that hostile forces are becoming more desperate in their challenge and obstructive efforts."

North Korea and China have agreed to provide each other with quick military and other assistance in the case of an attack under the 1961 Treaty of Friendship, Cooperation, and Mutual Assistance.

During the 1950-1953 Korean War, China fought alongside North Korea, while United Nations forces commanded by the United States backed South Korea. About 28,500 US troops remain in South Korea to deter any North Korean aggression. China does not have troops stationed in North Korea.