In a major development, the North East Team of Welcome Police recovered a Snatched Vivo Mobile phone and TVS Jupiter Scooty, which was used in the commission of the crime. 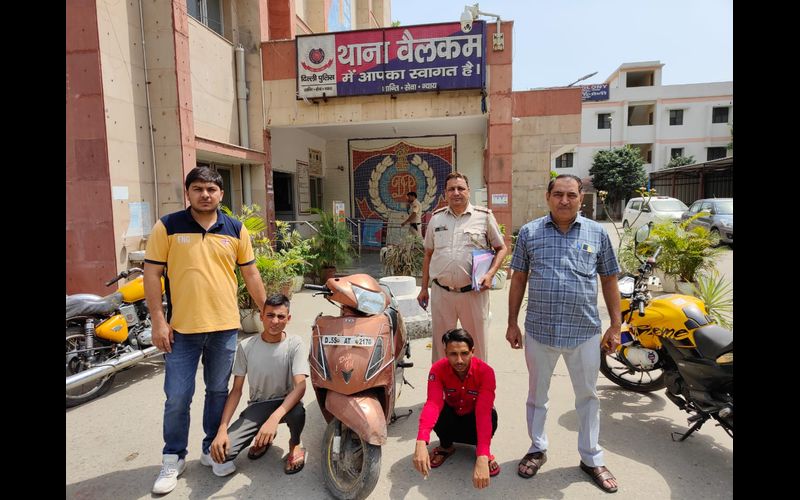 As per Sanjay Kumar Sain, Dy. Commissioner of Police, North-East District, New Delhi, “On the 25th of March, an incident of snatching were reported at PS-Welcome in which complainant Sonu stated that at about 12.30 AM his mobile phone had been snatched by three Scooty born boys on 66 foot Road, Welcome. Based on his complaint a case vides FIR No. 303/22, under 356/379/34 IPC P.S Welcome Delhi was registered and an investigation was taken up.”

Mr. Sain further added that “During the course of the investigation, a police team comprising SI Nishant, SI Govind, and Const. Sandeep under the supervision of SHO/Welcome scanned and analyzed CCTV Footage of the vicinity to ascertain the identity of the culprits. In one of the footage suspected Scooty bearing registration No. DL-5SAT-2170 was zeroed-in. On checking the Scooty was found to be registered in the name of Aslam. On the basis of secret information, a person Sameer was apprehended from the area of Jhuggi Seelampur and a snatched mobile phone was recovered from his possession. In the instance, Sameer was also arrested and the Scooty used in the commission of the crime was recovered from his house.

During sustained interrogation, they confessed to their crime and revealed their involvements in multiple cases of snatching, and disclosed their third associate namely Ashu who is still at large. Sincere efforts are being made to nab the third associate. Further investigation into the case is in progress.