In a major development, the North East Team of Sonia Vihar Police arrested a Fraudster who impersonated a TTE in Indian Railways and cheated innocent travelers of their belongings in the name of confirming their train tickets. 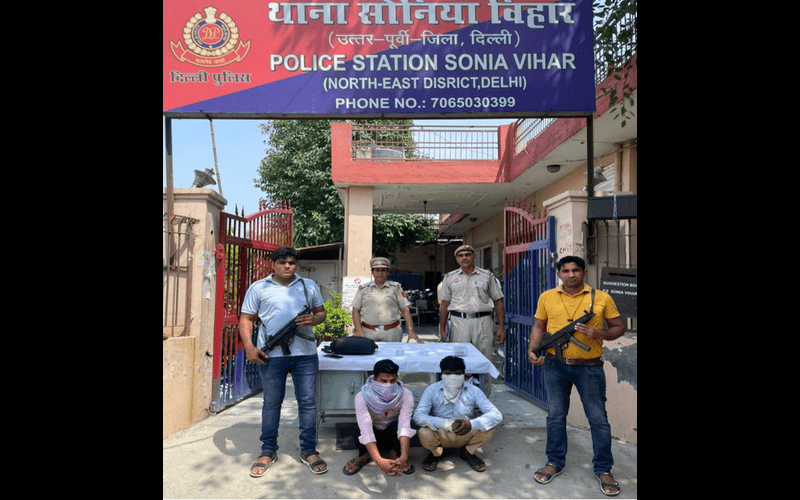 In a major development, the North East Team of Sonia Vihar Police arrested a Fraudster who impersonated a TTE in Indian Railways and cheated innocent travelers of their belongings in the name of confirming their train tickets. The accused has been identified as Ravi Kumar Mehta (38), who has been previously accused of Cheating.

According to Sanjay Kumar Sain, On the 18th of June, a complaint regarding cheating in the name of confirming railway tickets was received at PS Sonia Vihar, wherein the complainant Ranveer reported that while he along with his brother-in-law was traveling on Metro train from Jahangirpuri to New Delhi Railway Station to get a train for Bihar, two unknown people befriended them in the name of being fellow travelers to Bihar.

Both the alleged persons misguided them and brought them to Sonia Vihar, where a third person was introduced to them as TTE in Indian Railways. Later, keeping the complainant and his brother –in law under fear of loot, they collected all their valuable items i.e. ATM Card, Gold Ring finger, and mobile phone, and kept them in a handbag, and vanished. Accordingly, a case was registered and an investigation was taken up.

During the course of the investigation, a police team comprising ASI Subhash, HC Sunil, and Const. Ashish scanned and analyzed the CCTV footage of various Cameras ranging from Jahangirpuri-Vidhan Sabha Metro Station to Sonia Vihar 3rd Pusta to establish a trail of the culprits.

After a thorough analysis, it was found that the accused fled on a motorcycle. Ownership of the motorcycle was obtained, and culprits were zeroed-in.

On 19.06.22 on the instance of the informer, a trap was laid and a person later identified as Ravi (38) years was arrested. On sustained interrogation, he confessed to his crime and disclosed about his associates. In his instance, a raid was conducted and his associate Kamlesh was arrested from Shakarpur. Sincere efforts are on to arrest the third person. Further investigation into the case is in progress.