In a major development, the North East Team of Seelampur Police aided by the Special Wing NED solved a sensational armed robbery case, arrested the accused robbers, and recovered cash worth Rs. 1,83,000 along with a motorcycle used 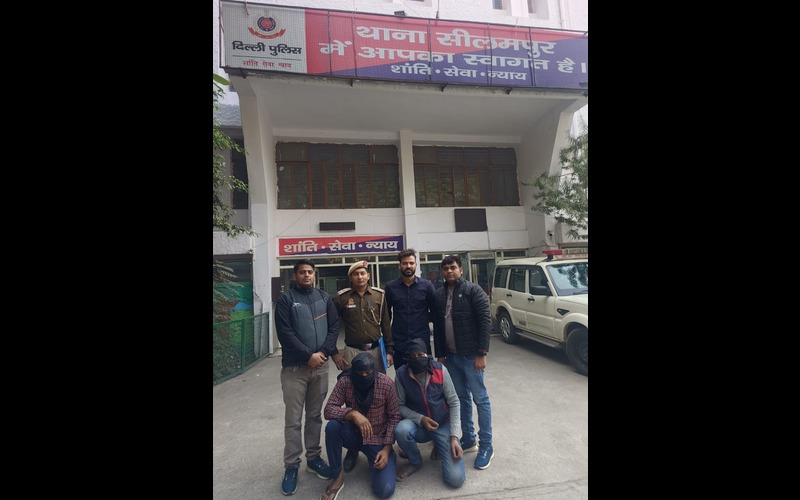 In a major development, the North East Team of Seelampur Police aided by the Special Wing NED solved a sensational armed robbery case, arrested the accused robbers, and recovered cash worth Rs. 1,83,000 along with a motorcycle used in the commission of the crime. The accused have been identified as Mehraj (53) and Saleem (45).

As per Sanjay Kumar Sain, Dy. Commissioner of Police, North East District, Delhi, “On the 26th of November, a PCR call regarding an armed robbery at Shastri Park Flyover was received at PS Seelampur. Immediately, a police team reached the spot and contacted the complainant named Shahrukh who told that he works at a scrap godown at Sonia Vihar.”

As per the complainant, he was carrying cash of Rupees. 5,94,400 and traveling through G.T. Road. At about 08:30 PM while he was crossing Shastri Park Flyover, two persons on a Hero Passion motorcycle forcibly intercepted and robbed him of his bag containing cash at gunpoint and fled away from the spot. Accordingly, a case was registered and an investigation was taken up.

Through impeccable investigation, the police team gets its hand on some of the pics of the robbers. On further efforts, the police team managed to zero –in on a mobile number, which was traced to Meerut in UP.

Through, a local network in Meerut, a police team conducted a raid at Pehalwan Nagar Meerut, and a person namely Saleem was apprehended and examined. On examination, Saleem confessed to his crime. In his instance, his associate namely Mehraj was also apprehended from the nearby locality. The motorcycle, a Hero Passion, along with Rs. 1,83,000 was also recovered from his possession. Further investigation is still under process and the Police are trying to recover the remaining cash.