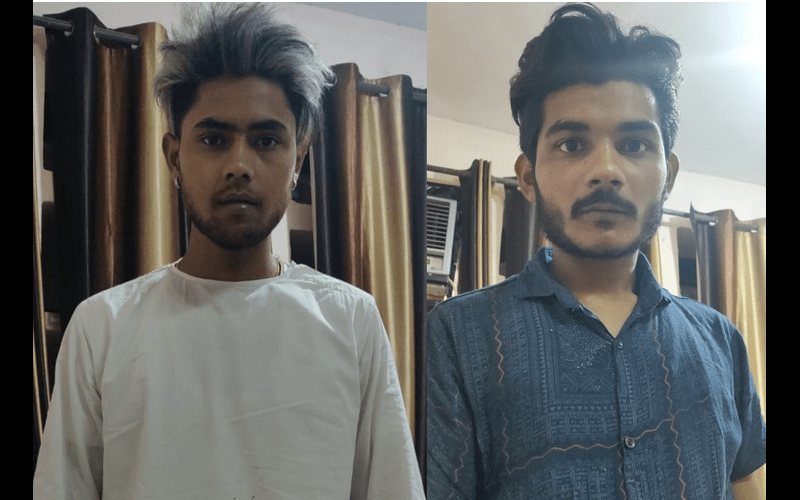 In a major development, the North East Team of Seelampur Police arrested Auto Lifters and arrested Two Stolen Scooty, and Three Stolen Mobile Phones. The accused have been identified as Azruddin (23) and Faizi (23). Both the accused have completed their studies till 9th and 10th grade respectively.

According to Sanjay Kumar Sain, Deputy Commissioner of Police, North-East District, “On the 29th of April, 2022 while patrolling a police team comprising ASI Satish Kumar, HC Purna Bahadur, HC Jaiveer, HC Navneesh, and Const. Nitin reached Brahampuri Road near Tanga Stand Seelampur Delhi and started randomly checking the vehicles noticed two boys coming to the wrong side of 66 Foota Road K-Block Kuda Khatta on a scooty, seeing the police party take a u-turn immediately in a bid to escape. On their suspicious activity, the alert police team chased and overpowered them.

On asking for the documents related to the ownership of scooty, which they could not provide and tried to bluff the police team. On checking, the scooty Activa they were riding was found to be stolen. The accused were apprehended and the Police recovered stolen goods from them. They confessed to their crime and disclosed their involvement in other criminal cases. As per the Police, Action u/s 41.1 (d) & 102 Cr. had been initiated against them. Further investigation in the case is in progress to connect the recovered 03 mobile phones with the cases.