In a major bust, the North East Team of Nand Nagri Police recovered 24.51 grams of Illicit Psychotropic Substance and apprehended 3 Drug Peddlers, including a Female Accused. 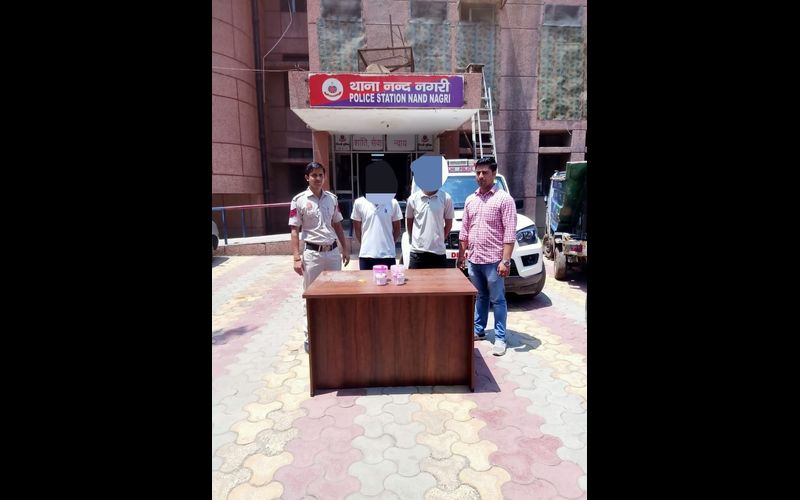 In a major bust, the North East Team of Nand Nagri Police recovered 24.51 grams of Illicit Psychotropic Substance and apprehended 3 Drug Peddlers, including a Female Member. The accused have been identified as Jatin (20), Rajender (28), and the female accused (31) is unnamed.

As per Sanjay Kumar Sain, Dy Commissioner of Police, North East District, New Delhi, “On the 12th of July, at about 15.45 PM, a police team comprising HC Vijay, HC Poonam, and Const. Sachin while patrolling in the area of PS Nand Nagri, reached near D’ Block, Nand Nagri, noticed two suspicious persons buying something from a lady, and seeing the Police, tried to hide the stuff. Noticing this suspicious behavior of them, the police team immediately chased and caught hold of all the three.

On being further interrogated about the hidden material, they tried to mislead the police team and refused to co-operate in the search. The information was then communicated to the Police Station Nand Nagri. On receipt of information, additional police staff comprising SI Bintu, HC Subhash, and Const. Kalik reached the spot. After a thorough search, they were identified by the Police.

Mr. Sain further added, “Following the due procedure of NDPS Act, their personal search was conducted. During the search one white polythene recovered from one of the accused Jatin was found containing 9.87 grams of psychotropic substances and cash Rs. 2750 was recovered from the possession of the lady. Accordingly, a case vides FIR No. 561/2022 u/s 21 NDPS Act, PS Nand Nagri, Delhi was registered and an investigation was taken up.

During the course of the investigation, Jatin and Rajender revealed that they used to buy the psychotropic substance from the lady for further sale in their local area. On sustained interrogation, it surfaced that the lady is the daughter of a former drug peddler of the area she was previously found to be involved in a case of ‘Hurt’.